First being SM who will debut their long awaited girl group since Red Velvet who debuted in 2014. This group is rumored to be debuting in the summer & will have a multinational lineup. The new boy group will also be debuting, being the first to debut since NCT who debuted in 2016 with units NCT 127 + NCT Dream, alongside WayV in 2019. This group will likely consist of a new lineup outside of the NCT brand, so this won’t count the upcoming NCT Units consisting of the now graduated NCT Dream lineup we know. With that said, members of NCT Dream (including Mark) will debut in a new unit, with younger members set to debut soon becoming  the new NCT Dream.

YG is debuting their upcoming super group Treasure , who are set to debut in the summer of this year, and will be the first to debut since Ikon in 2015. Treasure is a 12 member boy group consisting of Korean & Japanese members, and will have an image that differs from the traditional YG style. In 2021, a new girl group will be debuting. This will be the first girl group to debut since BlackPigk in 2016. This group is said to have a concept similar those like Twice & IZ*One, and like Treasure, will have a hefty multinational lineup.

JYP is set to debut an upcoming boy group in 2021, the first since Stray Kids in 2018. In addition, they will be debuting a Chinese boy group, with R1se member & JYP trainee Yao Chen as a member. They’ll also debut their upcoming girl group, who are currently partaking in the program “NiZi Project” this year. Nizi Project is a Japan based group, but will have global promotions. They also have a wide range of Korean speakers and even a half-Korean member, so appeal in Korea will not be hard to achieve.

BigHit & Source Music are planning to debut their joint agency new girl group  this year. BigHit is home to BTS & TXT, and Source Music is home to Gfriend. This won’t be the first time the two agencies have collab Ed to make a girl group, as they previously had GLAM. Many are anticipating the debut of a girl group coming from both of these agencies.

CJENM will be debuting their boy group under a subsidiary called Belift, which is a joint venture with BigHit. They will also carry on promotions for the Produce 101 Japan winning team JO1, who currently have very high success in Japan. A Korean debut has been talked about before, but will see if it actually comes true.

Look forward to the debuts from these agencies.

Damn everyone and their grandma debuting groups this year . Im going to be broke as hell

Who the hell is since BlackPigk???

What Korean netizens are saying about AKMU renewing their contracts for another five years with YG Entertainment
3 hours ago   19   7,804 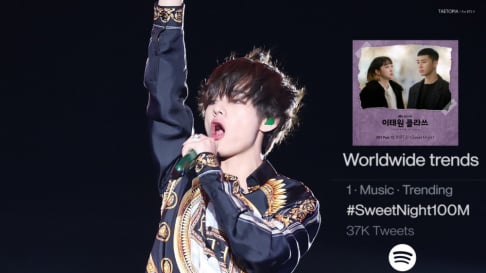