With so many talented groups in the K-Pop industry, it can be difficult for songs to gain popularity and top music charts. Often times, however, songs have surprise reversals, going from the bottom of the charts to the top. Check out these songs that had sudden unexpected successes after their initial release!

Many K-Pop fans are unaware that EXID was actually on the verge of breaking up at the time they released “Up & Down.” The song did not gain much attention until four months later when a fan uploaded a video of Hani performing the choreography. Within just a week, the song reappeared on music charts, even entering the top 10. EXID returned to promote the song on music shows and won six times!

Pentagon’s “Shine” is well-known as an iconic song in the industry. However, before its success, it placed in the 500s of the Melon daily chart and did not have much success. Its catchy beat and fun choreography allowed it to regain popularity. A month after its release, “Shine” entered Melon’s top 100 and even became one of the top 10 hits on Billboard’s World Digital Song Sales chart.

TWICE is arguably one of the biggest K-Pop girl groups. When they released “Like Ooh Ahh” in October 2015, the song did not top the charts, remaining at No. 22 on Gaon’s Digital Chart. While this is still a great accomplishment, it was not until three months later that the song reached No. 10 on the charts. Now, almost all of their singles manage to hit No. 1 with ease.

NU’EST has possibly one of the most remarkable stories. In 2017, they were ready to break up five years after their debut. Their songs were not well-received by the public and they had difficulty gaining popularity. However, when four members appeared on ‘Produce 101: Season 2,’ NU’EST moved into the spotlight. Their 2013 release, “Hello,” made it back onto the music charts 4 years later in June 2017, taking the No. 1 spot on Genie’s real-time charts!

At the time of its release, “Excuse Me” was far from the top of the music charts, averaging somewhere in the 80s and 90s on Melon’s real-time chart. AOA was able to quickly rebound from these rather disappointing results thanks to their live performances. The girls captured fans’ hearts with their cute dances and fun personalities. When they appeared on ‘Knowing Bros,’ they gave the show its highest rankings!

It’s hard to believe that Crayon Pop’s “Bar Bar Bar” started at No. 143 on the music charts. The unique and colorful outfits, as well as the iconic jumping dance, allowed the song to slowly gain popularity. Eventually, the easy-to-follow lyrics and dance moves made the song viral in the K-Pop industry. In fact, it peaked at No. 3 on the Gaon music charts seven weeks after its release!

When “Rooftop” was released in January 2019, it had little impact for the first three to four weeks. When people saw the shows, however, they loved the song and pushed for FNC Entertainment to promote the song on Youtube through advertisements. Fortunately, it worked and the song’s popularity quickly spread. “Rooftop” became a trending topic on Korean websites and reached No. 1 on Melon and Genie’s daily charts. N. Flying even had their very first music show win!

Rooftop is the first song I heard from N.flying and I absolutely love it! And Shine. OMG SHINE!!! You can't get a more catchy song!!!! Normally I don't like a consistent beat from the bridge through the chorus but they NAILED IT. The choreo is ON POINT BOIIIII! Gotta. Hit. That. Shoot. HOLY CRAP IMM LISTEN TO IT KNOW!

Give it up for NU'EST and N.Flying!

BLACKPINK's March comeback to possibly be delayed, more information revealed about other YG groups in investor report
10 hours ago   58   31,722 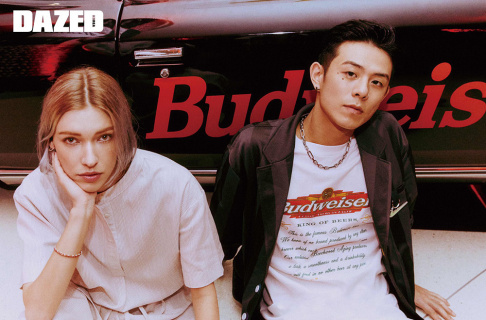 "A great deed is a great deed" netizens send praises to B.I for donating over 200 million won for 6 countries toward Coronavirus efforts
27 minutes ago   1   459 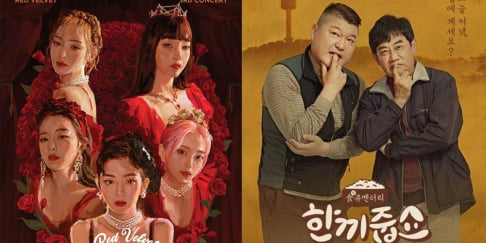 BLACKPINK's March comeback to possibly be delayed, more information revealed about other YG groups in investor report
10 hours ago   58   31,722

Fans demanding SM to protect Chen and his Family after his parent's private information leaked online
12 hours ago   42   42,107

BTS V Stole Hearts With His Duality On the Carpool Karaoke with James Corden
14 hours ago   6   5,504

Clara says she loves married life in an interview with magazine Woman Sense
14 hours ago   2   4,815