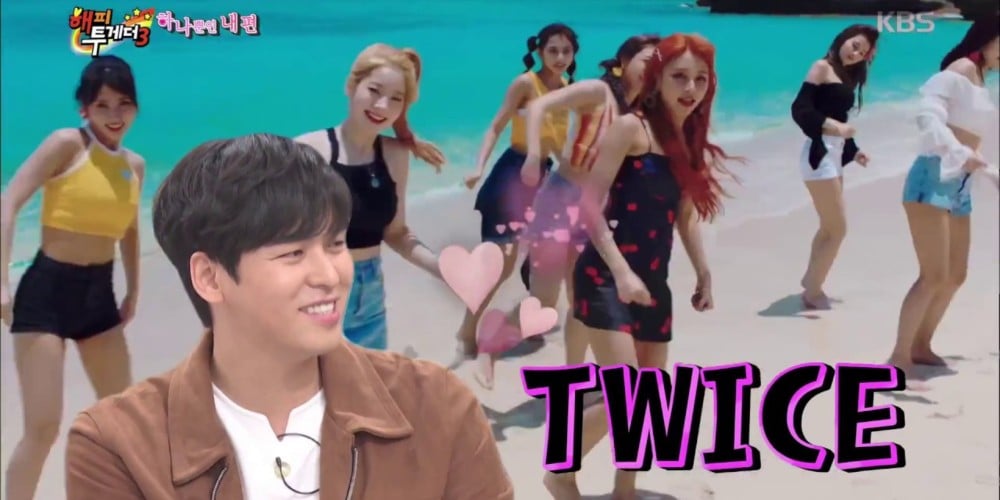 Actor Lee Jang Woo talked about his love for girl groups, especially TWICE.
On the September 13 airing of KBS 2TV's 'Happy Together 3', Lee Jang Woo shared about his time in the military.
First, Lee Jang Woo revealed Fly To the Sky's Hwanhee is his cousin, and said, "I thought soldiers will only like girl groups so I didn't think he'll be any help but he actually turned out to be very popular among men." MC Yoo Jae Suk commented, "Guys love Hwanhee's songs."
Lee Jang Woo also shared he thought about contacting UEE and IU for help but ended up not reaching out to them. Instead, he asked managers to get him autographed girl group albums. He was ultimately able to obtain TWICE's autographed albums, which helped his time in the military become a bit more comfortable.
Lee Jang Woo continued, "People say they were able to survive in the military thanks to girl groups but then they forget about them once they get discharged but it's not like that (for me). Not just then but I'm still surviving thanks to girl groups."
He then named TWICE as his favorite and revealed he starts his morning with their songs.
Share this article
Facebook
Twitter
0 13,217 Share 100% Upvoted

'Penthouse 3' gets criticized by international audiences for their racist portrayal of a new character
4 hours ago   65   20,812

'Penthouse 3' gets criticized by international audiences for their racist portrayal of a new character
4 hours ago   65   20,812