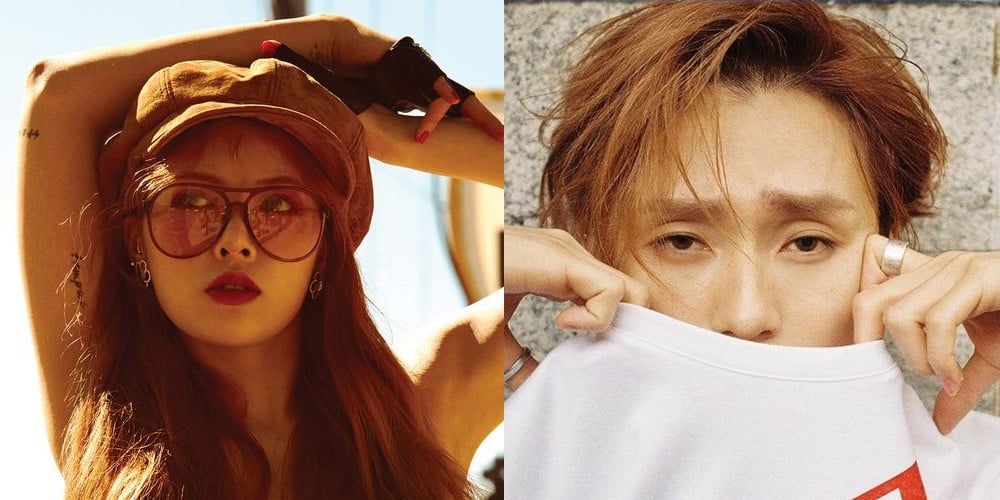 Solo artist HyunA (26) and Pentagon's E'Dawn (24 have been kicked out of Cube Entertainment.

"This is Cube Entertainment.

Cube Entertainment has officially decided to kick out our artists HyunA and E'Dawn from the label.

We have put in our best efforts in working with our label artists in artist management through loyalty and trust in our relationship.

After numerous discussions, it is with great pain that we have come to the conclusion that it will prove difficult for us to rebuild the broken loyalty and trust between these two artists, HyunA and E'Dawn; as a result, we have made the decision to force them out from our label.

We sincerely thank fans who have been with the two artists all this time.

Back on August 2, HyunA and E'Dawn officially admitted that they have been in a relationship for 2 years. Afterward, the two were met with harsh criticism, leading to cancellations of various schedules, E'Dawn's hiatus from his group Pentagon, and more.

I have a website that discusses their break up for anyone who needs more info.

this is so stupid I freaking hate cube entertainment

Drama 'My Roommate Is A Gumiho' decides to remove all Chinese product placements
32 minutes ago   3   1,327

Netizens gather their attention to actor Kim Jung Hyun's attitude change around Seohyun during the filming of the 2018 drama 'Time'
1 day ago   95   121,178