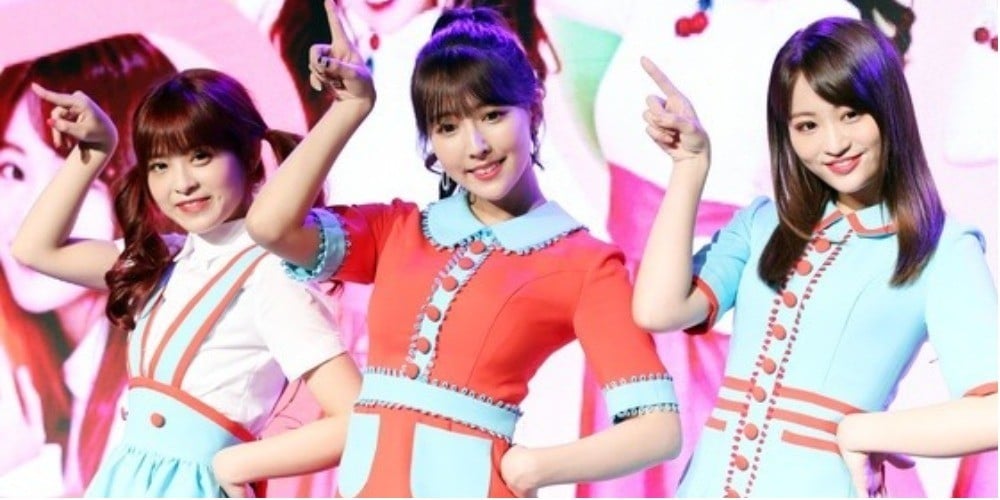 On March 21, Honey Popcorn officially made their K-Pop debut with "Dibidi Babidi Boo".

Honey Popcorn is made up of 3 Japanese AV (Adult Video) actresses Yua Mikami, Miko, and Sakura. Even before their official debut, the new girl group garnered great attention and also became quite controversial partly due to their nationality and majorly because of their careers in the adult entertainment industry.

How are netizens feeling about Honey Popcorn? Here are some of the top comments about the new girl group from online portal Naver.

"Prevent them from appearing on music programs."

"This is seriously crazy... Former AV stars are really trying to ruin the image of Korean idols."

"Top Korean idols have a hard time getting a spot on Japanese music shows. And they're former AV stars. Prevent them from appearing on music programs."

"Amazing. They are AV actresses and going for idols??? Crazy?? Do it in your country."

"Who these people that filmed AV in Japan think they are coming here like this? I can just tell they're trying to disgrace K-Pop. Go back to your country."

Despite all these negative comments, the top rated comment was a positive one that supported the group: "It wasn't easy and a bit unbelievable that the members invested their own money... I will cheer for them!! I know it will be a tough journey. Good luck and do well even though there will be negative looks waiting for you."

What are your thoughts on Honey Popcorn?

HYBE already has an expected plan in place for the scenario in which BTS members go to the military
1 hour ago   7   6,275

Some of the Best K-Dramas with storylines based on arranged and contract Marriages
2 hours ago   2   4,148

Netizens pick BLACKPINK's uniforms as the most legendary outfit on 'Knowing Bros'
34 minutes ago   5   1,625

HYBE already has an expected plan in place for the scenario in which BTS members go to the military
1 hour ago   7   6,275

Some of the Best K-Dramas with storylines based on arranged and contract Marriages
2 hours ago   2   4,148

Giant Pink publicly apologizes to owner of dog her own dog killed; owner refuses to meet for in-person apology
10 hours ago   66   25,836