Why does Henry keep asking about marriage to Girls' Generation's Sunny? 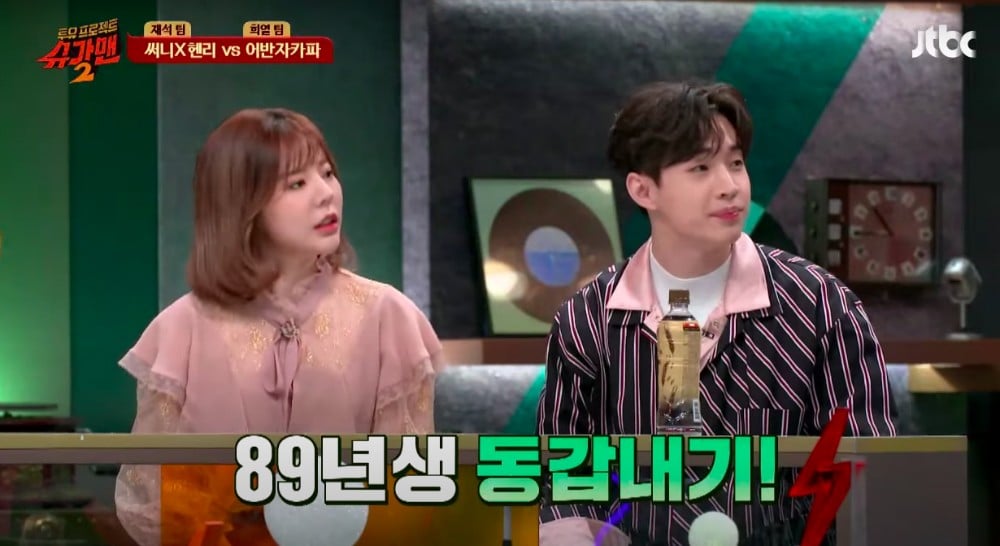 Henry and Girls' Generation's Sunny showed off their cute friendship on 'Sugarman 2'.

On the February 25 broadcast of 'Sugarman 2' Sunny and Henry collaborated to perform. Before that, however, the two first introduced themselves at the beginning of the show. While doing so, it came to light that the two are very close to each other as both are the same age (born in 1989).

Henry was asked what kind of a friend Sunny is to him and he replied, "She's great...and she's Lee Soo Man (founder of SM) teacher's niece." Sunny added, "He keeps asking me, 'If I marry you...can I get SM stocks/shares?"

Did you enjoy 'Sugarman 2' this week?

'The Late Late Show With James Corden' deletes videos of the host calling BTS's appearance at the UN 'unusual' in response to backlash from ARMYs
2 days ago   142   90,214