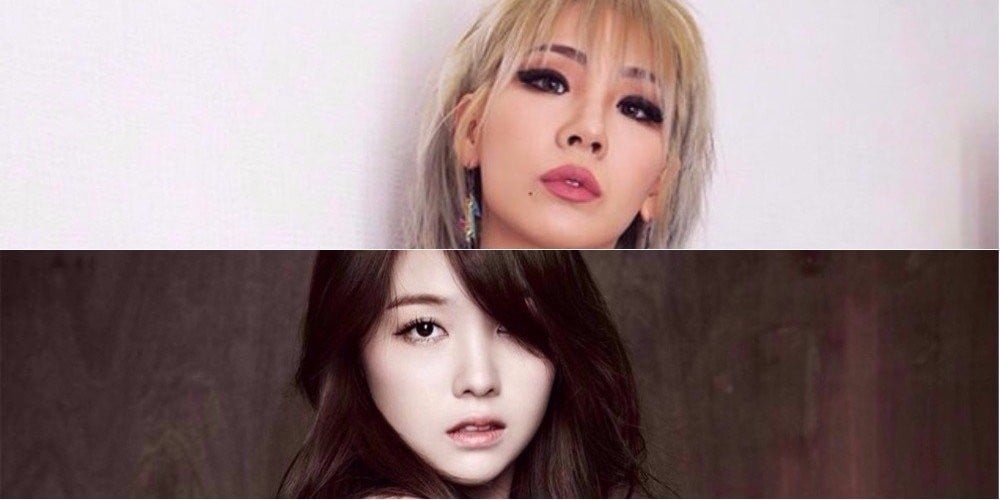 1. CL
At the end of 2014, it was announced that CL was to debut as a solo artist. 2NE1 would not be the same without its fearless leader, which is partially why the group stopped being active in 2016. CL's fierce persona is represented in her songs "Hello B*tches", "Mental Breakdown", and "The Baddest Female". She is getting more recognition in the United States as a Korean artist, which is an exciting development.
2. HyunA
HyunA's song "Bubble Pop!" is what really rose her to fame as a solo artist. She was the first female K-Pop solo artist to reach 100 million views on a YouTube video! Her energetic and provocative songs such as "How's This?", "Roll Deep", and "Red" garnered even more attention from the K-Pop community. She is also known for being a fashion icon and changing her visual concept frequently. 4minute officially disbanded in 2016. HyunA was the only one to renew her contract with Cube Entertainment.
3. Sunmi
Sunmi used to be a member of the Wonder Girls but chose not to renew her contract with JYP Entertainment last year. In March of 2017, it was announced that Sunmi had signed with MakeUs Entertainment. Her solo tracks "Gashina" and "Heroine" showcase her independent, strong-willed spirit.
4. Hyorin
Hyorin left Starship Entertainment in September 2017. She was one of the prominent members of SISTAR. In November 2017, Hyorin created her own agency called Brid3 (Bridge). She is also expected to release a new digital single on February 6, 2018. Hyorin has had success as a solo artist because of her tender lyrics and voice. Her songs "One Way Love" and "Erase" are about relationship problems which many people can find relatable.
5. Minah
Minah debuted with Girl's Day in 2010 and started her solo career in 2015. Her first mini album as a solo artist features three tracks, entitled "That's so weird", "Colorful", and "I am a woman too." The album was short but it wasn't difficult to feel the genuine emotions coming through her lyrics.
6. Taeyeon
Taeyeon is known for being the leader of Girls' Generation. She debuted as a solo artist with her single "I". Taeyeon's EP received a warm reception from fans and the media alike. 'I' ranked #2 on the Gaon Album Chart during the week of October 10, 2015. Taeyeon's album became the 16th most popular album of 2015 in South Korea, with sales figures standing at 119,576 copies! She continues her solo releases and all of them have been successful.
7. Ji Eun
Ji Eun used to be a member of the girl group SECRET. Her potential as a solo artist did not go to waste when she released a solo comeback song called "Going Crazy." The single came out in March 2011 and hit the #1 spot on Gaon Singles Chart. Other solo tracks of hers include "Pretty Age 25" and "Don't Look At Me Like That".
8. Ga In
Ga In is known for her sultry and moody image. She used to be a member of the Brown Eyed Girls. Her best-selling track "Bloom" is one of her signature hits to date. Her appearance in Psy's "Gentleman" music video also played a role in increasing her recognition as an artist. One of her most controversial songs is called "Fxxk U" and it deals with the theme of domestic violence. "Fxxk U" had mixed reactions from the public but critics had mainly positive remarks about it.

Drama 'My Roommate Is A Gumiho' decides to remove all Chinese product placements
42 minutes ago   4   1,593

Netizens gather their attention to actor Kim Jung Hyun's attitude change around Seohyun during the filming of the 2018 drama 'Time'
1 day ago   95   121,259