A KFC employee in the Philippines became a model for the fast food chain after making the news for being Gong Yoo's look-alike!

The employee went viral after a customer shared his photo on the web. He was described as the look-alike of Gong Yoo from the hit drama 'Goblin'.

KFC used this fun finding as an opportunity for some fun promotions. Recently, the chicken brand shared a photo on Facebook and asked netizens' to find the look-alike bride for their look-alike Goblin. The lucky winner will be awarded KFC gift certificates and a photo opportunity with the KFC Goblin. 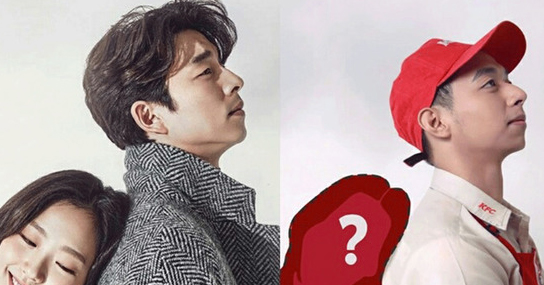 On the last day of entries, KFC sent out a reminder with a photo of the look-alike Gong Yoo and his drumstick sword. You can submit nominees for the Goblin wife here.

Many found this promotion extremely humorous as well as effective. Do you also think the KFC Goblin looks a lot like Gong Yoo?

Netizens furious to find more autographed albums from various artists listed for sale in an online market
2 hours ago   11   7,363

Actress Park So Dam reveals the reason she ignored director Bong Joon Ho's message after auditioning for the movie 'Okja'
49 minutes ago   1   1,787