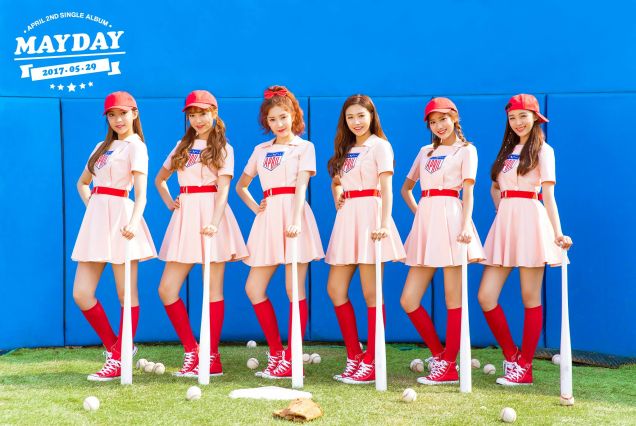 Following the release of 'Prelude' (complete with a new lineup), April is back at it again, this time with their second single album 'Mayday.' This disc has three songs, including the title track. They also dropped not one, but two MVs for you to enjoy!

"Lovesick" is very much what we've come to expect from April. It's cute, well-performed, and slick, but not particularly amazing. There's not much here that elevates this track from the many others like it out there. Don't get me wrong, it's not bad by any stretch of the imagination. But it's just there... and feels a bit more like filler. I do like the faux-orchestral synths though. 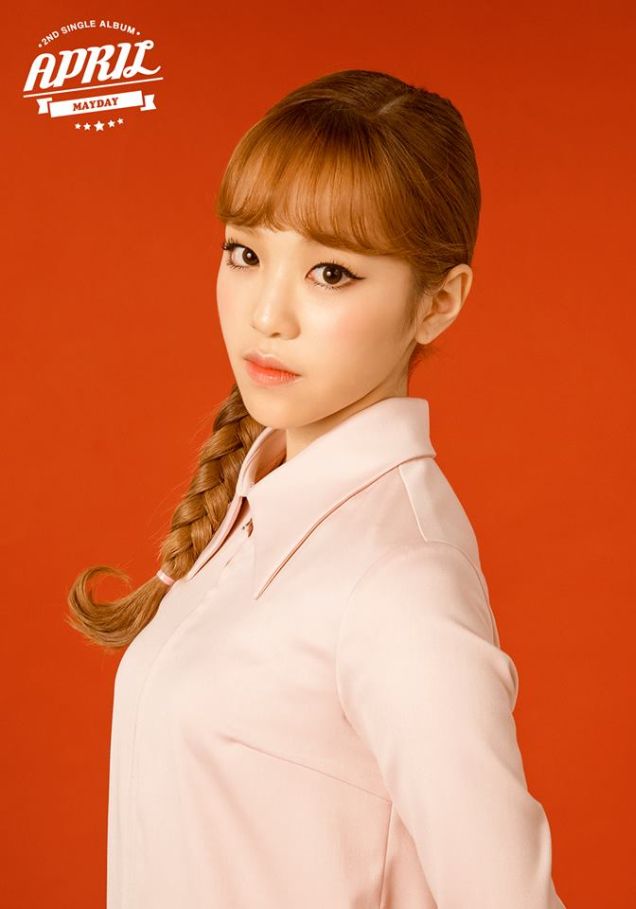 The title track "MAYDAY" starts with some synth stabs that sets it up nicely. They don't disappoint, either, with a somewhat frantic tune that keeps the tension right through the catchy chorus. This particular tune is *the* jam on the album. It's got the hooks in the chorus, the ad-libs are adorable, and the bridge fits in incredibly well. It's finely-crafted and just stuffed full of goodness.


"YES SIR" is probably the second track I would have chosen to promote with. It has that trademark sweetness that bands that follow the "cute" formula use. There are some sweet harmonies, a nice majestic synth, and fabulous bass synths to help keep the time. And the cute chanting and cheers are definitely on point. But, like usual, they didn't ask me. 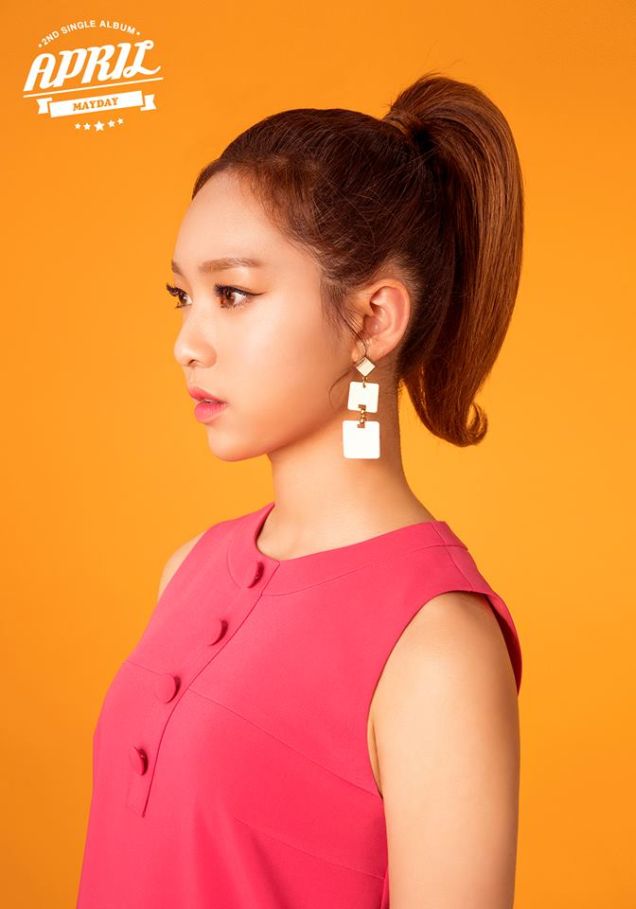 It's 2017, and there are several bands that have tried the cute concept, and some quickly abandoned it. April still has it in spades and milks it well. They're still just adorable, and that works in their favor. It gives their tracks a refreshing innocence, and a sort of "touch my hand and I blush" style that is lacking nowadays. Not to mention that there's some definite vocal ability here, particularly evident in the harmonies. This particular album is perfect for a summer release, best enjoyed with the top down and the wind in your hair.

The MV takes place in a tennis stadium, apparently, judging from the nets, the balls, and the empty stands. So here the girls are apparently tennis divas, despite the lack of rackets or evidence of athletic ability, and they break into a song and dance in exactly the way tennis players don't. There, the girls dance and dance some more. Yeah, it's a performance MV through and through.

The dancing is quite well done if entirely buried in aegyo. So they dance, and make cutesy gestures, and do a fair job. Their arms are thrown out much of the time, and they whirl and gather again. It's well-synced, and while it didn't blow me away, it didn't bore me either. They line up single file and then fan out once more. And I like how some of them form a line while someone else steps through and sings. 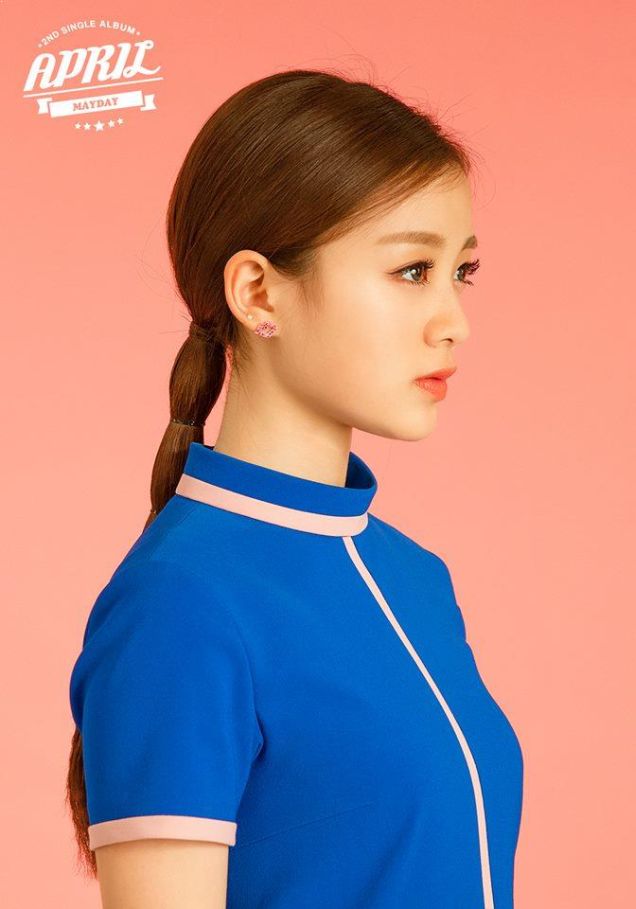 While there are few special effects, it should be noted that the blue sky, is green screen. This is notable because it is noticeable, and the unrealistic angles and movement of the background somewhat detract from the immersion. I don't know what they could do to fix that, maybe other than not have clouds that make it so obvious.

I might not be the song's biggest fan, but I can't say they did a bad job with the MV. It's pretty enjoyable despite its flaws.

Here we have another plotless MV, this time taking place in the city, or sometimes on a bus, or inside. It's not another performance piece, though, but a set of individual shots that reflect the madcap pace of the song.

The dancing is quite well done, forceful and quick just like the tune itself. The only problem I have with it is the teeter-totter effect, where they go stiff and rock back and forth. That dance move always looks awkward and has never been a favorite of mine. It still has that signature aegyo, but it all seems pretty fluid. 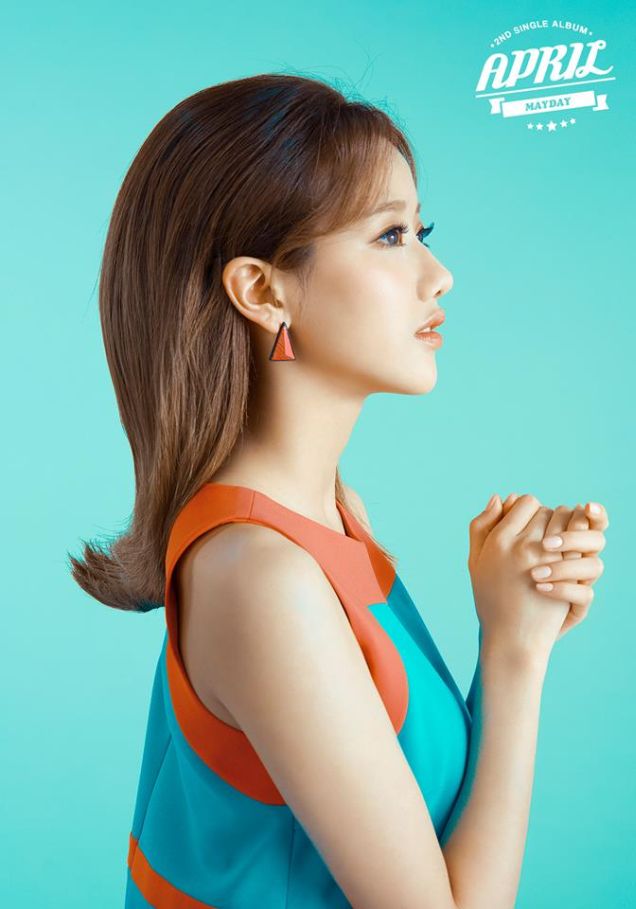 One of the things I really love about this is that it doesn't take any time to slow down. They don't linger long on any of the scenes, and every shot seems to indicate movement. Whether they're zooming in and out or showing one of the girls on the bus or the dancing scenes, this MV seems very dynamic.

I enjoyed this one more than the MV for "Lovesick." This never left me bored, and in some cases, their antic were enough to make me laugh. Definitely, a thumbs up for this one.

Dahyun freaks everyone out with her flexibility in the preview for 'Radio Star' special featuring TWICE
1 hour ago   4   8,506

Dahyun freaks everyone out with her flexibility in the preview for 'Radio Star' special featuring TWICE
1 hour ago   4   8,506

EXO members pose for photos with Chen only moments before his military enlistment
9 hours ago   27   20,927