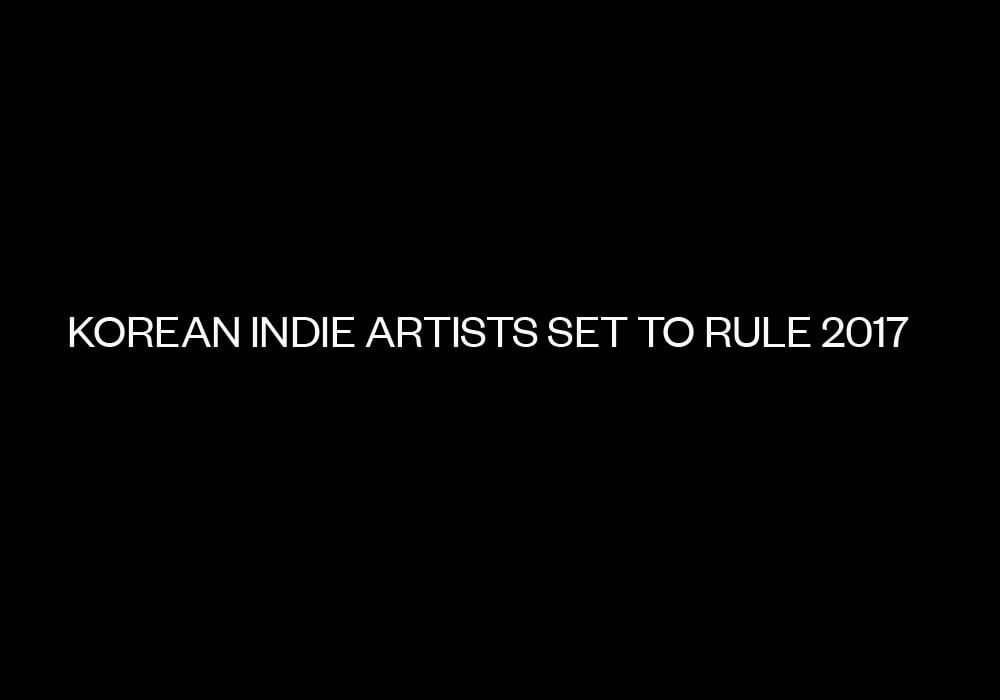 1. Aseul
Aseul is a female soloist from Seoul that writes, produces, records and engineers her own music. Her style is somewhere between dream pop and electronic, often utilizing hazy vocals against lush synth chords. Her music has been favorably compared to that of Western artists and K-pop fan Grimes, and her latest album "New Pop" is available now on Bandcamp and all major services.
2. 3rd Line Butterfly
This quartet based out of Seoul has been rising in the Korean underground for several years now with their dreamy, industrial-influenced sound. Their latest album, "Divided by Zero," was released in January of 2017 to much fanfare. Their sound offers a notable contrast from what's currently popular in the Korean mainstream, though the band has found more success with each release nevertheless.
3. Haihm
Soloist Haihm made her debut in 2008 and has elevated herself within the Korean music industry by collaborating with acts ranging from IU to Ga-In. Her music is known as "IDM," or "intelligent dance music," and often mixes ambient electronic sounds with airy vocals. She made an appearance at SXSW in Austin, Texas in 2016, where she dazzled with a reserved but visually impressive performance.
4. Okasian
K-pop fans might know him best from his appearances on Jay Park's "???? (You Know)" single and the 2016 Mnet Asian Music Awards, but Okasian has been grinding on his own for a few years now. He gained attention during 2015 with the release of Keith Ape's viral smash "It G Ma," and has since kept up the heat with a string of international collaborations with artists ranging from G-Dragon to Don Mills. You can check out our previous feature on Okasian here.
5. Cifika
In 2016, Cifika released the debut album "INTELLIGENTSIA" following several singles and music videos. Cifika's music mixes influences and languages, with 808 drums and chopped up melodies building up prominent tracks like "My Ego." Cifika is the latest in a line of Korean artists gaining attention through Soundcloud with self-written-and-produced music.
6. Neon Bunny
allkpop previously covered Neon Bunny in 2014, and she's only continued to rise since then. Most recently, she dropped an international collaboration with producer Mark Redito in the form of "Room 314." Her music is often slow-building and hypnotic, with "Forest of Skyscrapers" taking inspiration from Wong Kar-Wai movies.

Netizens debate whether ITZY's Yuna looks better with or without bangs
2 hours ago   9   2,566