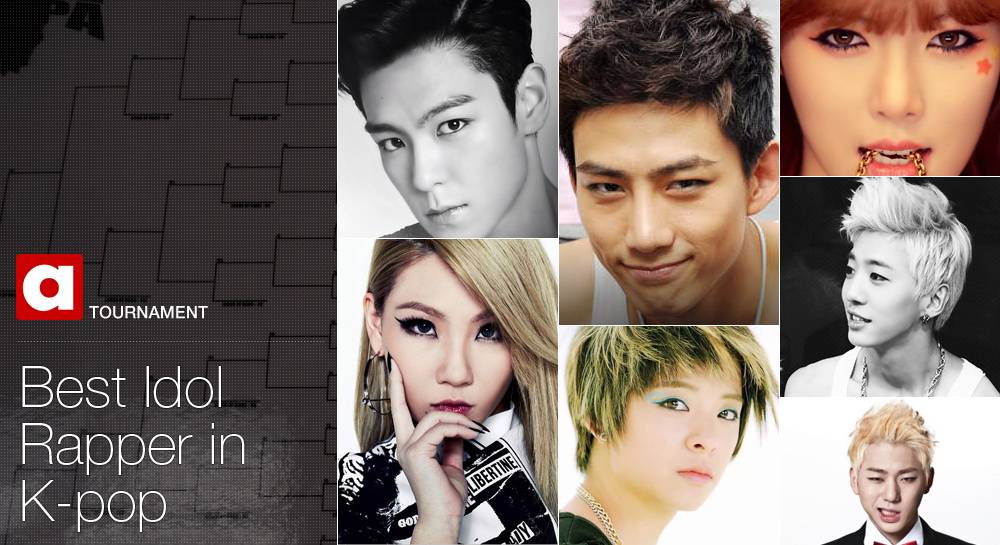 Let's see who our readers have to say is the best of the best. (Note: Only one idol per group allowed as entrants).

Update: The favorites advanced into the second round, although it was a close race between Dongwoo - Jay Park, Jimin - Hana, and Miryo - Hyomin.  It looks like Round 2 will also feature some marquee matchups including Junhyung - Jay Park and Bora - Hyomin.  Vote, vote, vote!

Update 2: There was a big upset as T.O.P was eliminated by Rap Monster. Round 3 will feature some great matchups including CL-Amber, Hyomin-Bora, Rap Monster-Bang Yong Guk, and Junhyung-Zico.

Update 3: Some heavyweights have been eliminated in CL, Bora, Zico, and Rap Monster. The Gender finals have begun and features Amber-Hyomin in the Female bracket and Bang Yong Guk-Junhyung in the Male bracket.

Update 4:  The male finals was close to the very end but Junhyung ultimately prevailed. The finals have begun and features a matchup with Hyomin and Junhyung! 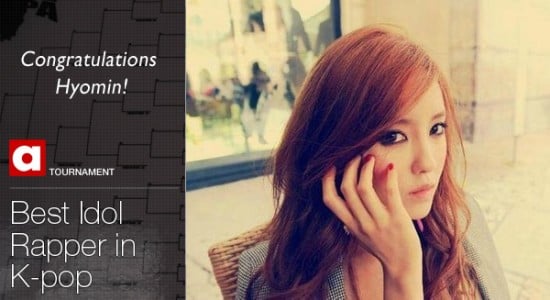 Congratulations to Hyomin for winning the tournament. She received the most votes with 852,324 through the entire tournament! 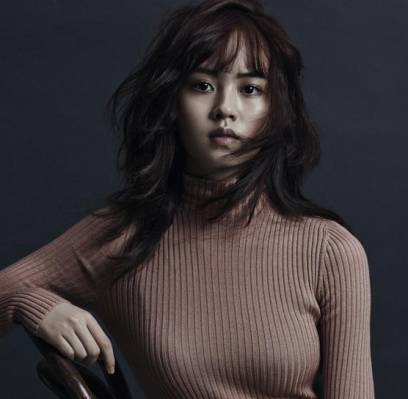 Kim So Hyun allures with her fall concept photoshoot with 'ELLE' 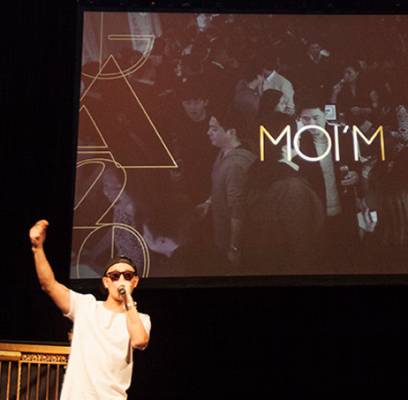 How K-netizens are reacting to Kim Garam sharing her side of the story + publicizing her school violence committee record
23 hours ago   158   54,574

AKP BUZZ
The restaurant that put a cigarette butt in their chicken closes down
8 hours ago   14   11,481 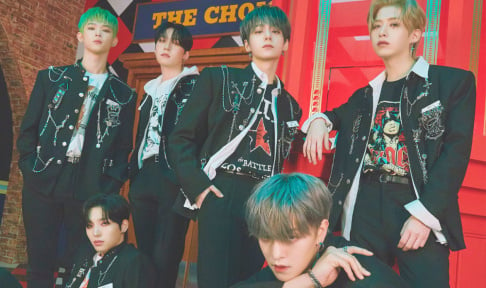 LOONA's Kim Lip trends on Twitter after fans claimed that she left the stage during the group's concert in Chicago in tears due to impolite fans
41 minutes ago   14   5,820

How K-netizens are reacting to Kim Garam sharing her side of the story + publicizing her school violence committee record
23 hours ago   158   54,574

HYBE ADOR's Min Hee Jin responds to the accusations that she is glamorizing pedophilia
2 days ago   172   58,847