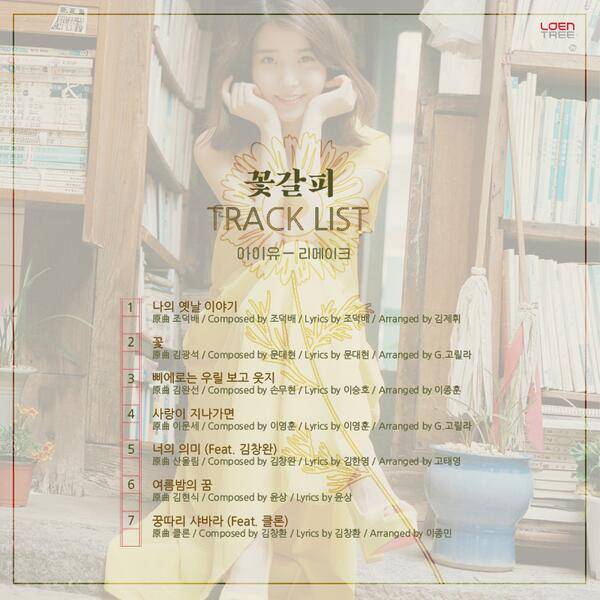 IUÝcontinued to get fans under spring fever with her tracklist and additional teaser images for her upcoming remake album 'A Flower Bookmark'!

The tracklist and teaser images were unveiled exclusively through Loen Tree's twitter andÝNaver Music and show IU channeling the feel-good tunes of the past with her vintage concept. Although it was guessed at previously that the songs being covered were sung by the veterans that IU was spotted working with in her teaser videos, it turns out they are actually the composers behind the songs.

As mentioned before, the remake album 'A Flower Bookmark' (or 'Pressed Flower' -Ýreferring to flattened dried flowers made between the pages of a book) will be released on the 16th so stay tuned!

3.ÝA Pierrot Smiles At Us (originally by Kim Wan Sun)

5. The Meaning of You (originally by Sanwoollim) 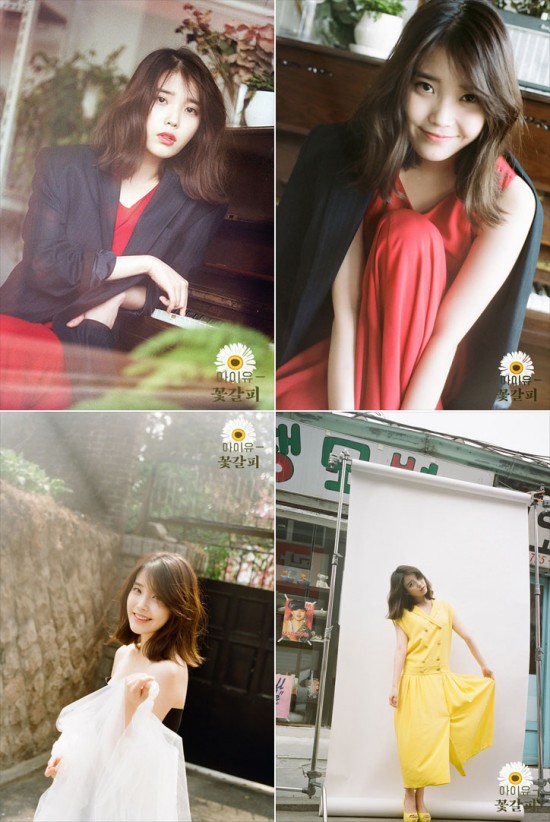