'A' drops lawsuit against Park Si Hoo and his hoobae

Although it seemed like a long battle in the courts was up ahead for 'A' and Park Si Hoo, it's been revealed that things will actually wrap up as 'A' has dropped her suit against the actor, who has followed by dropping his own suit against her.

The reason for why 'A' has decided to drop her charges has not been revealed, but according to the prosecution, she has indeed retracted her lawsuit. "On May 9th, 'A's lawyers filed papers to drop their suit. For cases of sexual assault, if the suit is dropped, then prosecution no longer has the authority to indict," said a rep from the prosecution.

The suit against Park Si Hoo's hoobae, Mr. Kim, has also been dropped as well, so now all that's left are the counter lawsuits between the actor and his former agency, and 'A's friend 'B'. However according to Park Si Hoo's reps, they seem to be working towards the direction of dropping those as well.

To recap, this case started a few months back when trainee 'A' filed a report against Park Si Hoo and his hoobae for sexual assault. The case then blew up with more names becoming implicated in the mess, like 'A's friend 'B', and 'B's CEO friend 'C', and Park Si Hoo's former agency CEO. The police investigation wrapped up last month, and their findings were forwarded to the prosecution recommending that Park Si Hoo be charged with quasi-rape and battery. Park Si Hoo's legal team lashed out at the police criticizing them, which eventually led to a civil group suing the actor and his team for leaking 'A's info and raising public's mistrust of the police. However, it seems this case is now settled without the need for court with 'A' dropping her charges, and Park Si Hoo doing the same.

[Lyrics NSFW] Baekhyun trends worldwide on Twitter for the sexually explicit lyrics to the track "Drown"
3 hours ago   42   13,903

GOT7 members' plans for the future after leaving JYP Entertainment
2 hours ago   6   7,256 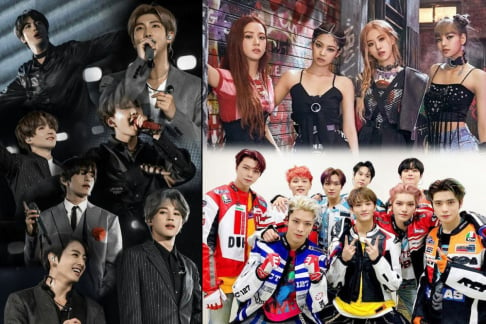 AKP BUZZ
Korean Mukbang YouTuber is fired from her Chinese agency after saying "Kimchi is a Korean food"
1 day ago   115   122,037

Mina lashes out at netizen demanding proof that Jimin bullied her, posts medical diagnosis from hospital
2 days ago   250   51,327

All Witnesses Denied Seungri Involvement, Saying Police Tried To Force Them Against Seungri
3 days ago   167   37,087