Sorn posted another cool vlog on her youtube channel. This is official description for it:

"I went on a fun date with my lovely girls Elkie and Minnie last month.
Just wanted to show another fun side of us together for you guys to see.
We were speaking Korean most of the time so don't forget to turn on the
CC caption option for the subtitles in English. Hope you guys enjoy
this vlog and don't forget to like the video and show your support by
writing your comments down below."

Near end of video when girls were eating ice creams and drinking coffee Sorn surprised Elkie with question about boyfriend/dating:

Sorn: Arrr, so pretty.
Elkie: Thank you.
Sorn: Do you have a boyfriend? Can I have your number?
Elkie: I don't have a phone.
Sorn: Excuse me but I don't think there are people without phones.
Elkie: I'll have to throw this away then.

Elkie turned this to joke but you can clearly see that she was surprised, maybe even shocked when Sorn asked about boyfriend.

Sorn is the only youtuber idol I spend time watching

WHAT CAN i SAY MORE....I LOVE SORNIE 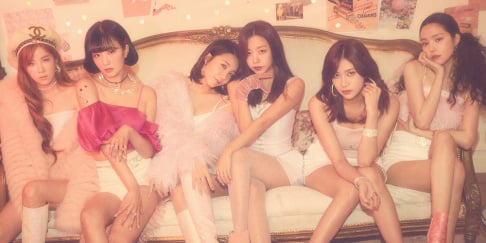 BTS confirmed as global ambassadors for 'Hyundai Motors' once again
1 hour ago   2   1,539

BTS’ Jungkook stole all the attention at Grammy's red carpet with his stunning visuals and trended across the world
21 hours ago   58   45,013