Big Hit Music has revealed more details regarding the upcoming 'Photo Folio' project, which will begin with BTS member Jungkook.

Earlier on August 12, BTS dropped a surprise teaser image titled, 'Me, Myself, and Jung Kook'.

Now, it's been revealed that the teaser image will signal the start of a new photo book project for BTS. Each of the members will participate in the project as editors and design the project from start to finish, from the initial concept design, to styling, props, etc. Jungkook will be the first member to release his 'Photo Folio', which expresses the theme, "Powerful".

The first member of BTS to begin this innovative new project, Jungkook will release his 'Photo Folio' on September 1. In the meantime, fans can look forward to more teasers coming soon, including a mood teaser, a concept film, preview images and more. 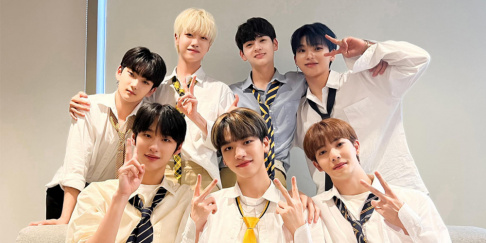 n.CH Entertainment to handle the management of the top 7 stars from Channel A's 'Youth Star' including the winning boy group n.SSign

Jungkook does look powerful in this photo. Absolutely gorgeous 💜

"powerful" the concept is perfect for Jungkook, very excited to see everything 💜

Netizens discuss why BTS member Taehyung and IVE's Wonyoung are the most popular idols in Korea right now
3 hours ago   15   6,748

Kim Taehyung and Jisoo are the most-followed male and female K-pop Instagram accounts for September 2022
3 hours ago   4   3,330

Controversial SoJang claims IVE is supposed to be a 7 member group and insinuates that Jang Won Young had Park Joo Bi kicked out
1 day ago   92   61,914