On May 28th, police responded to a petition filed through the Anti-Corruption and Civil Rights Commission that urged to investigate the recent controversy surrounding KBS2's 'Music Bank's 1st place scoring metrics from the May 13th episode.

According to the police response, the police have assigned an officer to verify whether there have been any crimes regarding the controversy.

Previously on May 13th, KBS2's 'Music Bank' faced heavy backlash after the program snubbed Lim Young Woong although he sold over 1 million physical albums in his first-week sales and ranked #1 on Gaon chart's weekly digital streaming chart because he earned 0 points for the "Broadcast appearance score".

KBS explained Lim Young Woong's latest title track "If We Ever Meet Again" received 0 KBS radio plays during the scoring period from May 2 through May 8 but this claim was refuted by 'Dispatch', further fueling the score rigging controversy.

KBS then explained again that they only count 7 KBS Cool FM programs for the points and Lim Young Woong's song was not played on those 7 programs.

Not even the Onion could make up this ridiculousness. 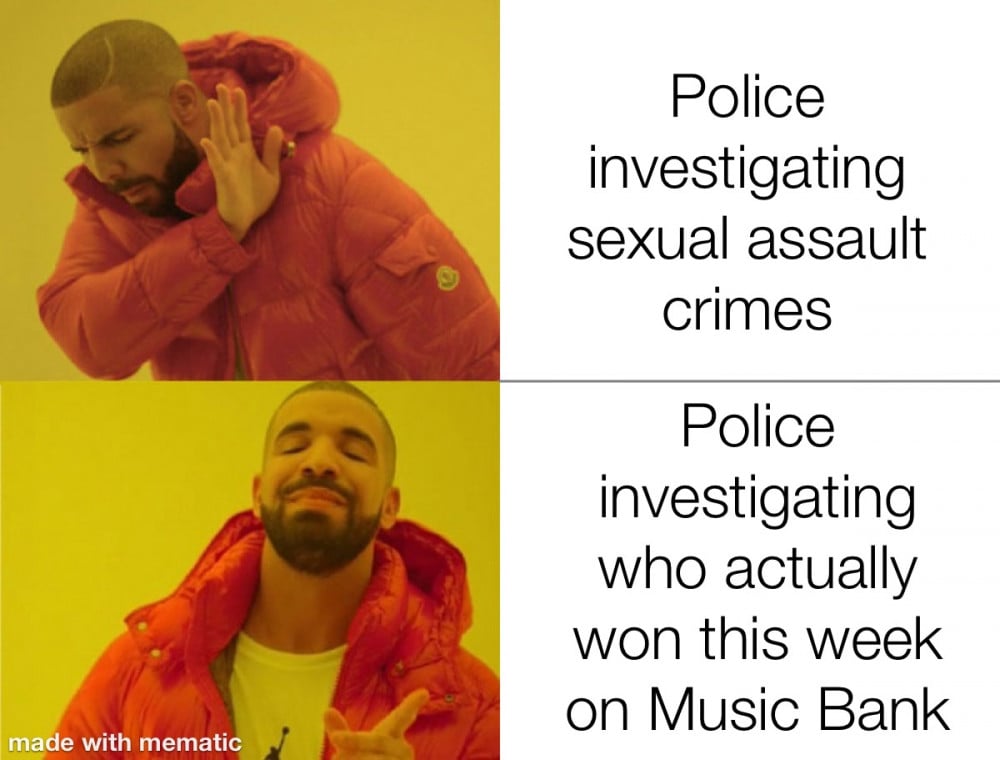 what’s a bit suspicious to me is that ever since this controversy + the growing controversy of garams bullying, fearless has been rising the charts. if anything, with all this bad press you would think it would lower

Some fans who went to the airport to greet BTS's V say that an influx of rude fans who violated protocols forced the idol to bypass the press greeting
2 days ago   148   40,836

Korean netizens discuss what they think about male idols not shaving their armpit hair
22 hours ago   50   56,594

Any questions for these rising rookies? BDC (BOYS DA CAPO) will answer your questions!
1 hour ago   0   153

'Rolling Stone' "BLACKPINK The World's Biggest Girl Group continues their reign as the Most Followed Music Act in YouTube History" after surpassing 75 Million subscribers
23 hours ago   73   4,047

Large crowds of fans go crazy for BLACKPINK's Lisa outside of Celine's show as she was "World's Most Mentioned Artist" at the event with nearly 30 million tweets
23 hours ago   54   10,002

"This is what they call the weight of the crown, right?" Why BTS's Kim Taehyung ignoring the crowd at the airport shouldn't even be an issue
1 day ago   79   82,168

Some fans who went to the airport to greet BTS's V say that an influx of rude fans who violated protocols forced the idol to bypass the press greeting
2 days ago   148   40,836

Koreans vote for the celebrities who should never be allowed to return to the entertainment industry
2 days ago   190   301,892