Debuting on January 5 with their debut single titled "Athletic Girl," H1-KEY saw great results of the debut with the MV surpassing 10 million views on YouTube just a little 2 weeks over its release.

In addition to that, the MV also ranked 1st on Thailand's iTunes Video Chart, and 59th on Apple Music Videos Chart.

Meanwhile, the group was previously known for a controversy surrounding their Thai member Sitala who also commented on the controversy during their debut showcase. 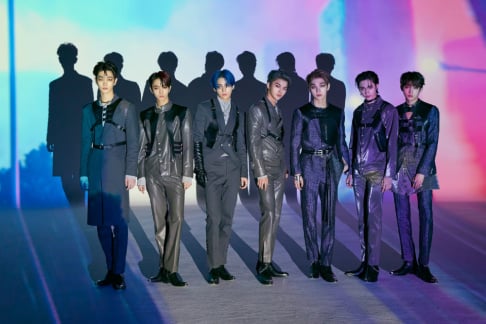 TBH, more than half of the views from Thailand are from enraged anti-coup who got to see the actual MV before they could confidently tell that she(only 1 controversy member) horrible, and another half are from pro-coup that try to support her just to shut the anti-coup up. Not to mention that when they're reached 6M views, it's apeared that around4.5M are from AD Views. i doubt that it's different with 10M?

And what about The Album Sales? last time i checked it's around 200-300ish copy?

That's not so stong imo.

Company used the controversies as a way to gain popularity. Smart marketing

"We will likely be even more awkward now", Junsu takes to personal Instagram to deny dating rumors with former Lovelyz member Kei
2 hours ago   7   5,661

A former male contestant on Mnet's 'Produce 101' season 2 sentenced to probation for threatening ex-girlfriend with a weapon
5 hours ago   24   11,285

Kang Tae Oh gives a good laugh with his little slip-up while celebrating the end of 'Extraordinary Attorney Woo'
4 hours ago   3   4,618

Even though 4th generation girl groups are all the rage these days, BLACKPINK is still BLACKPINK
10 hours ago   44   21,755

Fromis_9 members and Pentagon's Wooseok allegedly seen entering a room bar together in Hongdae
1 day ago   106   83,247