On February 5th, aespa dropped their music video for "Forever."

The SM Entertainment rookie girl group has been preparing to release this special single as they released various teaser materials. Many aespa fans were excited to see Winter at the center for this release when the teasers were released.

Some wondered if the members' avatar counterparts would appear in the music video when the teasers were released. Just as some expected, aespa's avatars appeared at the end of the music video.

One netizen shared some of the captured photos of the avatars in an online community, while other netizens joined to share their opinions of the music video.

Sorry but I couldn’t recognize who (Avatar) is who (real life)?

If you think that's ugly, look at the Beatles avatars (they started this): 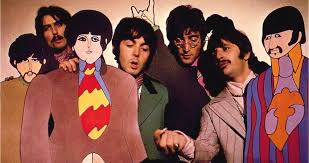 Sunoo trends on Twitter as fans take to social media to express their dissatisfaction with ENHYPEN members constantly talking about his weight
4 hours ago   23   23,547

EXCLUSIVE
[INTERVIEW] UP10TION share involvement on CONNECTION and leave a message for fans
4 hours ago   1   1,065

Kim Jong Kook's YouTube channel eligible to get a silver button with just one video
55 minutes ago   1   2,232

BLACKPINK's Jennie boasts of her loveable charms with cute freckles while eating a burger
2 hours ago   25   2,182

EXCLUSIVE
[INTERVIEW] UP10TION share involvement on CONNECTION and leave a message for fans
4 hours ago   1   1,065

April's Chaewon reveals her side of the story in response to the claims made by Hyunjoo's brother, via lengthy fancafe post
19 hours ago   65   17,447