Netizens are talking about BTS' Jin's long hair days saying it was their favorite hairstyle of Jin.

On January 27th, a post on a popular online community gained attention after posting pictures of Jin rocking a long hairstyle. Originally titled, "Jin's long hair days that I freaking loved so much", the post included different pictures of Jin with a long thick layered haircut.

More than 200 netizens shared their thoughts in the comments saying:

"The one and only visual you'll see in the world uwu"

"He should try growing it out longer. It'll look good on him"

"Jin can pull off any hairstyle"

"I feel like crying because he is so handsome"

Check out some of the pictures from the post below. What do you think? 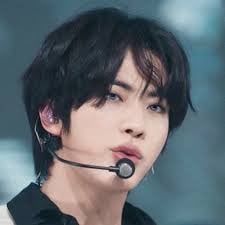 DSP Media confirmed to have filed a lawsuit against malicious netizen who photoshopped threatening comments with April member Naeun's SNS photo
2 hours ago   4   3,611

Eight new dramas and films that will be based on popular Korean Webtoons
5 hours ago   9   19,157

Brave Girls change the album cover to 'Rollin'' per fans' request as song continues to climb up realtime charts
30 minutes ago   3   2,379

[TW] Person claiming to be Hyunjoo's little brother says she left April because she was bullied by the members to the point where she got suicidal
2 days ago   104   40,360

German radio DJ releases an apology after his Instagram is flooded with angry comments
3 days ago   89   28,727