On this final episode, the handsome 5-member trot idol group Super Five made up of Pentagon's Hui, ASTRO's MJ, Ok Jin Wook, Choo Hyuk Jin, and Park Hyung Suk plan on holding their final concert together, before their indefinite disbandment. Super Five's final concert will not only feature many of the group's summer promotion songs, but also special stages including duet performances with the 'Favorite Entertainment' hosts.

Meanwhile, MBC will be leaving open the possibility of 'Favorite Entertainment' returning with a new season in the future, bringing together new hosts and new contestants from various music genres.

Make sure to tune in to the finale of MBC's 'Favorite Entertainment' on September 19 at 9:50 PM KST to say goodbye to the handsome trot idol group, Super Five!

This was a really cute show. MJ won over a ton of people. I really love how they came together and took care of Hyung Suk. I don't know a lot about trot, but I do appreciate that Jang Yoon Jung kept in touch with him even all these years later.

It is time to take a fresh take on Trot. REEEE-MIX in your are-a!!

A netizen claiming to be a former classmate of April's Jinsol states she was bullied by the girl group member
3 hours ago   48   12,758 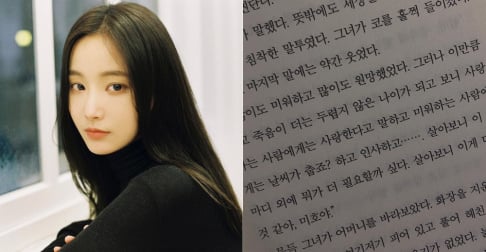