Chinese show 'Day Day Up' is under fire for copying Golden Child's 'Road To Kingdom' performance on their show.

Golden Child had previously performed Shinhwa's legendary song "T.O.P" with a complicated and beautiful fan choreography and it aired on the May 7 episode of 'Road to Kingdom.'

Netizens and headlines were quick to point out the similarities between the two stages and accused the producers of 'Day Day Up' of blatantly plagiarizing the performance on their June 14th broadcast due to the similar choreography and props used.

What do you think of this issue? Check out the footage of both performances below.

Omg Yibo and Yixuan together again! I find it so ridic that Yibo is judging him lol.

Btw that video doesn't show the Chinese performance, they cut the music from all their youtube uploads. You can watch it here. I think watching the performance you can see that the similarities are a stretch lmao. Incorporating fans into dances are not unusual, given that both Korean and Chinese traditional dances use them. Day Day Up is not a serious show, it's just a bunch of (often older) celebs getting together to perform a fun routine, it's not competitive variety. If it was an MV or something fair enough, but this is not a serious show.

But even if they did rip it off. Chinese shows ripping off kpop is nothing new- and is pretty harmless. Hell, kpop ripping kpop off is nothing new. At least they had good taste in the performance if they indeed used it as influence. Golden Child was ROBBED, that performance was amazing- and they deserved to make it to the final. Period.

I mean TOO did the same thing with banners instead of fans to make a phoenix during the same taping as Golden Child so it's not the most original imagery. 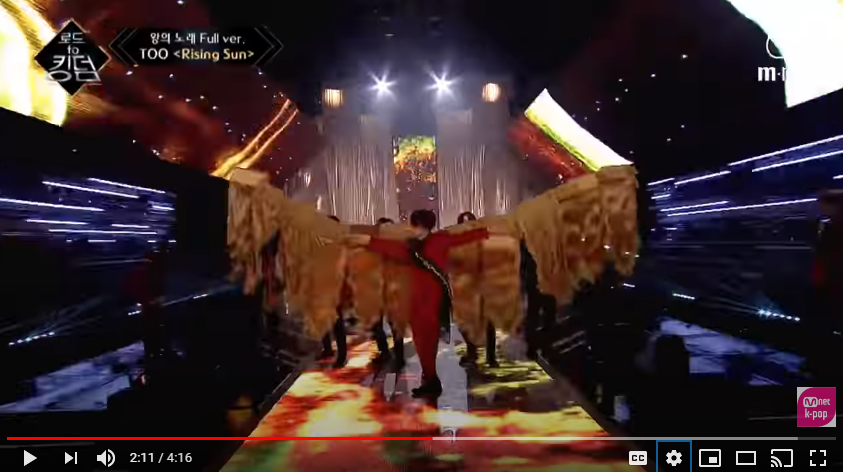 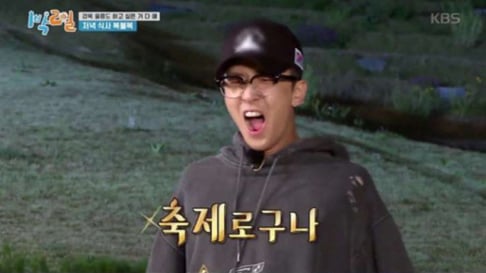 Netizens are angry at the KBS producers who blurred out Ravi's hat commemorating the memorial of the ROKS Cheonan sinking
5 hours ago   3   3,191

This is why "Lovestagrams" can't be used as credible evidence to suspect celebrity dating
6 hours ago   26   21,280

Entertainer Kim Shin Young says she might retire from the industry?
41 minutes ago   1   3,130

Jo Kwon reveals heartbreaking stories from his childhood when he used to live in semi-basement
2 hours ago   5   2,396

GFriend's Eunha speaks about her experiences working with Bang Si Hyuk (Hitman Bang) on the title track "Apple"
5 hours ago   3   7,686

Japan’s heart-throb Jungkook dominates the trends in all platforms, sweeping locals and fans off their feet with composed OST ‘Your Eyes Tell’
10 hours ago   65   12,005