It's been nearly two years since we've seen a proper comeback from ELRIS. Their last mini-album was back in June 2018. They're now a seven-member group, having acquired members EJ and Chaejeong. The new EP is titled 'Jackpot,' like their title track of the same name.

ELRIS' "Intro" starts out pretty basic, but loud minor-key synth blasts and shouted girl chants all mix together to make a fun tune. Most of what they shout is their name ("ELRIS!") and it sets the tone well. "Jackpot" uses some instruments from the intro but it's really its own song. It's their title track, and amusingly enough, the main verses consist of mostly rapping. It's actually not bad as idol rapping goes, and they have those higher-pitched voices which make the whole thing adorable. The song gets more of a melody when the chorus hits. I like this tune, it's bouncy and fun.

"This is Me" is a little harder, musically. It's got more in common with rock, albeit pop-rock. Don't worry, the same high voices are still there, but it's a little different from "Jackpot." The songwriters have penned a pretty enjoyable song here. and the girls do a good job of wrapping their vocals around this one. The bubbly "Like I Do" is a well-crafted pop tune. In some ways, it reminds me of second-gen stuff. I've always loved this style, and this song is no exception. It uses the vocals to carry it and doesn't rely on EDM gimmicks to fill out the song. There are some pretty top-notch vocals here, to boot.

And "No Big Deal" rounds out the album. This song wears its 80s styled R&B influences on its sleeve. The instruments are different, relying on looser synth stabs, but it's basically R&B and I like it. It's more of a mature song, but these girls handle it quite well.

The last two songs on this EP are quite different from the others. In fact, you could say that they saved the best for last. There's nothing wrong with the other tracks -- far from it. But the contrast is interesting nonetheless. This album started out cute, playing up their concept. But I really like the last two songs. They're slickly-produced, catchy, and easy on the ears. They lack the chanting found in the other songs, and that, I think, is their strength. It's becoming increasingly common to have members of girl groups shouting in unison. And kudos to ELRIS for breaking with tradition somewhat.

In keeping with their cute concept, the girls of ELRIS dance in a roulette wheel.

There's a little more to it than that, but not that makes a whole lot of sense. They're at a tea party where logic and proportion get tossed out the window, the next minute, they're inside -- albeit in fairly expensive-looking quarters. Then, other times they're dancing in front of a powder blue background meant to look like doorways.

I'm used to it by now, though. It cost a lot of money to shoot this stuff, so some of it probably won't look as good as it could. Still, I like the glowing floating objects. And you're probably not supposed to stare too hard at the background.

If it sounds like I'm trashing it, I'm really not. It's a fun video, and pretty much in line with their concept. I like the fact that these girls have been around a bit, and they chose to do something better than the sexy concept with their comeback. They're pretty enough by themselves and they don't need any help.

Overall, I think this was an amusing watch. The video's bouncy, just like the song.

Netizens realize they're getting old after seeing all the young ages of the rookie groups these days
18 hours ago   50   16,919

BTS’ Jungkook trended higher than the NBA finals at #1 worldwide after BTS performed ‘Black Swan’ on the Jimmy Fallon Show. "Jumped up to the top LeBron"
8 minutes ago   0   89

The National Visual of South Korea, BTS’ V creates a buzz among non-fans with his cover for Variety.
2 hours ago   1   457 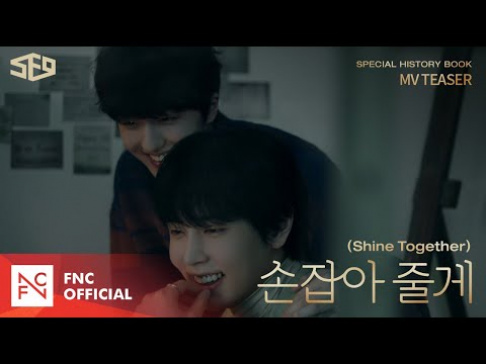 The National Visual of South Korea, BTS’ V creates a buzz among non-fans with his cover for Variety.
2 hours ago   1   457

Industry insiders ask if BTS's 'Dynamite' will overtake 'Gangnam Style's record as the longest charting song by a Korean artist on 'Hot 100'
9 hours ago   11   6,156