Yoon Si Yoon, Jung In Sun, and Park Sung Hoon will be working together for a new tvN crime/mystery drama, 'Psychopath Diary'.

The drama tells the story of a man who happened to be a witness at a murder crime scene. While running away from the crime scene, he loses all of his memories. He wakes up to find that he's in possession of a mysterious diary, documenting every detail of the murder. This leads him to believe that he himself is the psychopathic killer.

'Psychopath Diary' is expected to air some time in the latter half of 2019. Do you find the storyline interesting so far?

Can't wait - especially since I just couldn't get into Nokdu Flower, despite my love for Yoon Shi Yoon...

BTOB's Sungjae spotted as a soldier in the crowd at 'The 75th National Liberation Day of Korea Commemoration' event
5 hours ago   7   9,936 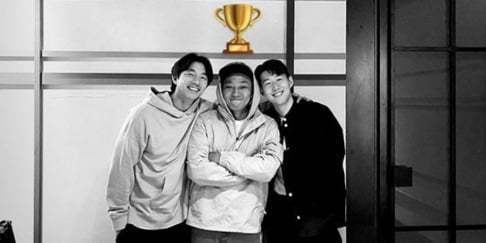 Netizens are head over heels for "Prince" V of BTS as they can't get over his good looks at the Soribada awards winner clip
14 hours ago   47   13,556

BTOB's Sungjae spotted as a soldier in the crowd at 'The 75th National Liberation Day of Korea Commemoration' event
5 hours ago   7   9,936

Twice revealed to have the best demographics in many different relevant departments
8 hours ago   9   1,512

Jo Kwon reveal of having a genderless image, gets confused as being non binary by western Kpop fans
2 days ago   30   7,707