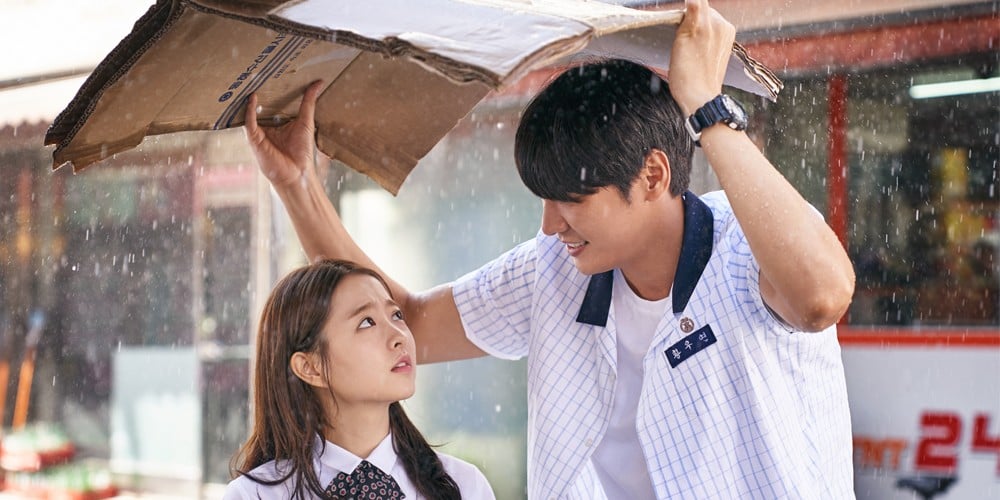 In light of the premiere of her new romance film 'Your Wedding' on August 22, actress Park Bo Young held a cafe roundtable interview.

'Your Wedding' tells the story of female lead Park Bo Young and male lead Kim Young Kwang, as their fates keep them intertwined throughout from their first meeting in high school, to college, job-seeking, and until their early careers. Park Bo Young chose the role of Seung Hee due to the fact that rather than just being lovely, Seung Hee "has a very clear personal perspective."
On acting as a high schooler despite her age (28), Park Bo Young said, "When I was younger, it was hard for me to express maturity. But in this production, I realized that I had started making efforts to look younger before I knew it. I felt that I was getting old (Laughter)."
About her co-star Kim Young Kwang (31), she shared, "Because we had a height difference of 30 cm, oppa always had to get down on his 'manner legs' so we could see eye to eye (Laughter)."
Share this article
Facebook
Twitter
0 20,784 Share 100% Upvoted

The comedian who groped idols in the past finishes second at a body fitness competition
2 hours ago   34   9,155

AKP BUZZ
A child steps all over an expensive art piece but the child's father doesn't stop the boy and instead takes photos of him
2 hours ago   20   3,860

Girls' Generation's Taeyeon, Yuri, and Hyoyeon talk about the legendary mistake Yuri made on stage 14 years ago
57 minutes ago   2   4,004

Girls' Generation's Taeyeon, Yuri, and Hyoyeon talk about the legendary mistake Yuri made on stage 14 years ago
57 minutes ago   2   4,004