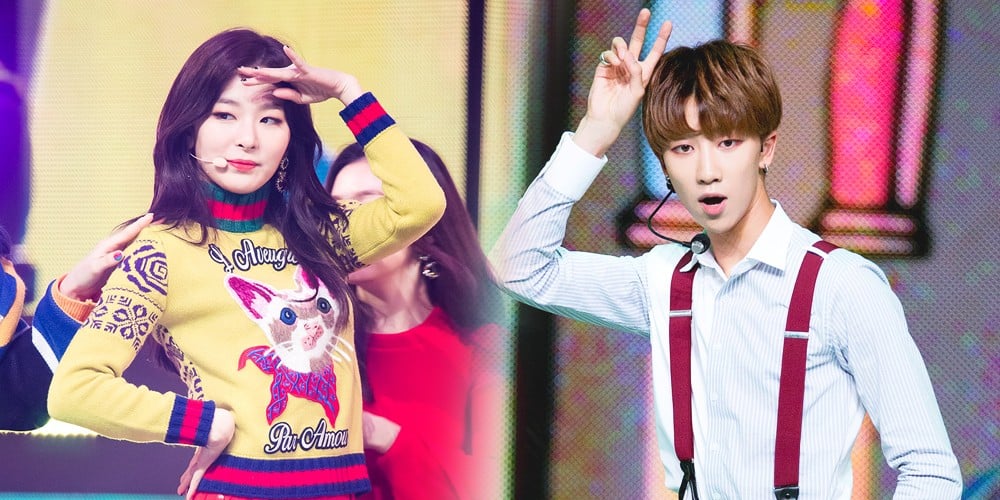 Sooyoung is known as one of the representative female idols with a body type to not gain weight. During a photoshoot interview, she said, "I've been receiving compliments about my figure lately. I think it's because I gained some weight, so my figure looks better. In the past, I was too skinny. These days, I work out to bulk up with yoga and PT."
2. Red Velvet's Seulgi

Another SM female idol known for her slim figure, Seulgi previously revealed that she is the type to not gain weight, probably because of her long trainee period. Before her debut, Seulgi spent 7 years as a trainee, living the idol trainee life of keeping in shape through dance while watching her figure.
3. Girl's Day's Sojin

The Girl's Day members say they always have a hard time around Sojin, as Sojin revealed once, "I'm the type to not gain weight. Before our comeback, the members have to starve or diet, but I have to eat more so I can put some volume on my body. I can bulk up some with muscle, but it doesn't last long. No matter what, my weight always stays around 49-50 kg."
4. TEEN TOP's C.A.P (and most of TEEN TOP)

During one of their comeback eras, C.A.P revealed that TEEN TOP was working out and eating in order to bulk up. However, "I've been eating a lot, but it's still hard to gain weight. Most of our members are the type to not gain weight," the leader said.
5. Dara

Dara is famous for her minuscule figure at just 39 kg, according to her own words. She says she "is the type to not gain weight. It stresses me out," and "I am a picky eater and I don't eat much. I want to be around 42-43 kg."
6. Thunder

SHINee = skinny jean idols, but while Onew, Key, and the late Jonghyun were known to be hardcore dieters, Minho and Taemin bought the envy of their fellow members for being "the type to not gain weight". Minho has often explained that he does not gain weight even if he eats a lot, because he used to play sports since he was young; Taemin, despite his slim figure, has often confessed, "I eat a ton. But I don't gain weight."
8. Sunmi

We know, Sunmi's figure when she dances is gorgeous. It seems Sunmi also inherits her ability to not gain weight from her family. She also said in the past, "When I'm bored, I just eat and eat and eat a lot... When I was in Wonder Girls, there was a time I didn't even weigh 40 kg. For a sexy concept, I gained weight up to 47 kg."
9. CLC's Yujin

Yujin, who is 164 cm and 42 kg, said during one comeback press conference, "I'm the type to not gain weight, so I was lazy with my diet. But I was still able to maintain a good figure."
10. Super Junior's Eunhyuk

Worldwide anchovy Eunhyuk is always a nuisance to his fellow members, due to the fact that while everyone is dieting or watching their figures, he eats like a pig. While on a radio show with his members, the members talked about their dieting methods for a while, after which Eunhyuk added, "I eat a lot, because I don't gain weight~".
11. EXO's Sehun

Sehun, who was a trainee since he was very young before his debut, once confessed that he has never dieted in his life. He is known among his members and fans for not gaining weight, as well as for his confidence in his own body.
12. Seventeen's The8

Seventeen fans are always telling The8, "Eat!". When describing The8, fans often use the term "very skinny, because he's the type to not gain weight." The idol just can't "help it" but be skinny. 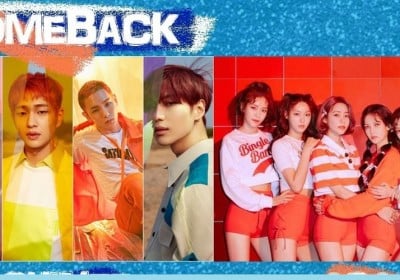 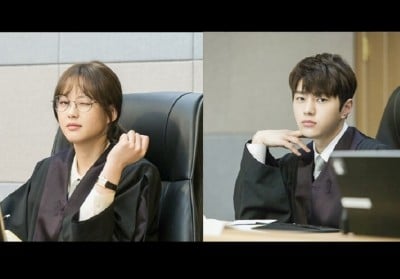 Netizens surprised by TXT's skills at the assembly line of their album manufacturing factory
5 hours ago   5   6,085

This is Song Joong Ki and Katy Louise Saunders' future home where they will raise their first child
7 hours ago   34   53,140