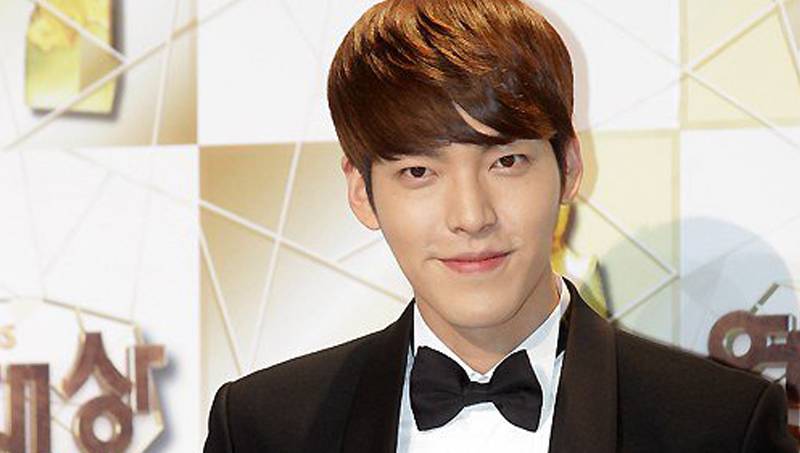 In his interview for the May issue of 'Seventeen Magazine', Kim Woo Bin talked about how he went from being a model to an actor.

In relation to his identity, he said he was still on the journey to discovering himself and was working hard to become a good person. He shared, "I wanted to become a model since I was 14 years old. To tell the truth, there was nothing else I wanted to be besides a model at the time and didn't know very well what I should do. I didn't even know what kind of work modeling was."

The actor then went more into depth about why he had wanted to be a model, saying part of the reason was because his mother always dressed well and her love of clothes rubbed off on him. The other reason was that he's always been taller than his friends the same age.

Kim Woo Bin also explained how he got into acting: "After starting work as a model, I got a few good opportunities to be cast in CFs. I came to learn that acting was imperative in order to be a good model. When the agency first told all of the models to take acting classes, I told them, 'I don't want to. I don't want to be an actor.'"

However, he ended up taking lessons anyway as he wanted to do even better in photo shoots. He then met a very good teacher who inspired his passion for acting, which is how we have the talented actor we know today.

Kim Woo Bin is starring in the upcoming films 'The Technicians' and 'Twenty'.

AKP BUZZ
Koreans donate to "brother" Turkey for the wildfires after seeing Turkish volleyball players in tears
2 hours ago   19   7,882

Employees at a Chinese company allegedly fired for discussing the possibilities of having Kris Wu represent the brand
4 hours ago   24   10,516

BLACKPINK's Jennie gains attention for wearing a chain accessory around her thin waist, netizens predict it will start a new fashion trend
16 hours ago   88   86,658