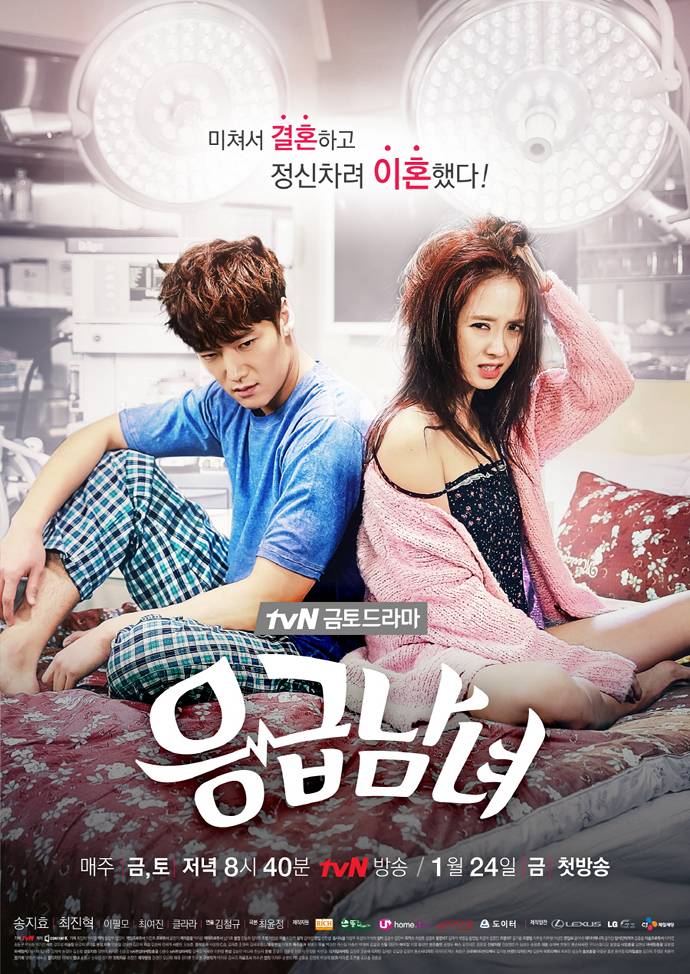 We left off last episode with Jin Hee taking an unexpected stage dive. Here we see the aftermath, Jin Hee laying on the floor, with people approaching, a crowd gathering. A fair amount of her coworkers are there, and she does not admit that Jin Ae is her sister, only that she doesn't know Jin Ae well and she owes her money.

I don't understand what it is with hiding relationships in this show. Chang Min and Jin Hee hide their divorce from their co-workers. Neither Chang Min nor Jin Hee will admit to knowing each other at all. Now Jin Hee doesn't want people to know that Jin Ae is her sister. Is there a stigma to all this that the people involved don't want? Certainly having a wild-child sister can't be great for the reputation, but I know countless people who are considered black sheep by one side of the family or the other. Maybe reputation is more important than I give it credit for.

Chang Min is distraught over what he perceives as his lackluster performance as an intern. We've noticed this over a few episodes; Jin Hee gets praised for doing a good job, and Chang Min gets yelled at or at best, what he does goes unnoticed. He seems to do nothing to distinguish himself. In this episode Jin Hee even finds a novel solution to a hearing-impaired patient: putting a stethoscope in his ears and speaking through the other end to amplify her voice. Chang Min, sadly, could not make himself understood. He is so depressed over this that he gets drunk and agonizes about it.

Finally, Chang Min does what I praised him for not doing: he goes to his uncle for help.  His uncle, as the director of Yoon Hospital, has not inconsiderable pull. Chang Min talks to him about Jin Hee and also about his own problem. What we don't see is how his uncle can help him out about his problematic performance. As much as I didn't like Chang Min in the first couple, he's become more and more of a sympathetic character. You start to care about his romance with Ah Reum, he stands up for Jin Hee when his mother insults her, and just becomes more than a one-track hate machine dominated by his mom. What his uncle praises him for is what annoys me: using his family.

Sung Sook, is much less of a menace in this episode, and instead becomes more of a feral animal. She pretends to be asleep when an intern enters, she trashes Jin Hee, she pretends to be more ill than she actually is when Chang Min's aunts come to visit her, and she resists their attempts to check her out of the hospital. Chang Min's repeated scoldings about her behavior have become a regular occurrence when we see the two together. I can only hope this serves to reform her, but I'm not sure that's possible or even desirable -- she can provide no end of comedy with her difficult ways.

We learn a bit more about Ah Reum in this episode. She tells Chang Min the reason she decided to be a doctor was because she was quite ill as a child and it was hard on her family. It does seem like this job has less gravitas for her than it does for Chang Min. We also learn that Ah Reum is determined to date him and likes him even more after that night. She does mention that he was rude; I would think that would be a turn-off, but not for her? However, a co-worker, Yong Gyu, is completely smitten with Ah Reum. He places a plant, a ribbon, and a note on her desk, saying to tie the ribbon if she feels the same.  A mischievous co-worker ties it and hides the note. Of course, now he views practically every interaction with Ah Reum as a sign that she likes him. I see this turning out badly.

Jin Hee has plenty of opportunities to shine in this installment. She performs an ECMO for the first time and receives approbation from Ji Hye. She figures out how to make a hard-of-hearing patient understand her, and also treats a patient outside the aegis of the hospital again. Remember the unauthorized patient from last episode? Emma's boyfriend calls her and once again needs her help, and Jin Hee calls Dr. Guk for help after she examines Emma. They work to save her, and on the bus ride home Chief Guk falls asleep on Jin Hee's shoulder. This development is interesting, and keeps hinting that something more could happen between them. Jin Hee also works on tracking down Jin Ae, and I'm eager to see that confrontation! Jin Ae sounds like an interesting character all on her own!

This continues to show Jin Hee's soft side. She wants to help people, to save lives. Any question she had about her dedication should have vanished with this episode. Any intern willing to take house calls is going above and beyond. Certainly Dr. Guk feels that way.

Dr. Guk is put in a hard position here. We see him filling out financial support forms, asking for money from outside organizations. He also needs to figure out how not to fire Jin Hee, despite receiving an official dismissal. This is on top of his regular duties, and I don't see the Chief of the ER being idle, not  to mention being in charge of the interns. But did he go to bat for Jin Hee? I didn't see him do that this episode -- maybe the next one? And does he have so little power it could mean his job if he does save hers?

Although I was unsure about this drama in the beginning, now I'm beginning to enjoy it. We see a couple relationships developing and more is revealed about the players in this drama. My only problem is it kind of minimizes the time we spend with Chief Guk and Ji Hye, and I was grateful to see something more uncovered about their relationship here. Also unanswered is what happened to Dr. Guk in his past that made him put his career on hiatus. Hopefully that will be addressed as we move forward.

Again, gentle readers, I am signing off. You can watch this on tvN on Fridays and Saturdays, on DramaFever, and other streaming sites as available in your country. 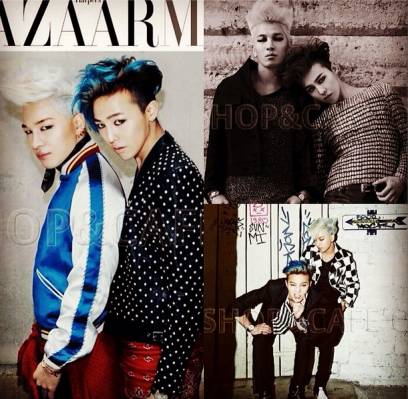 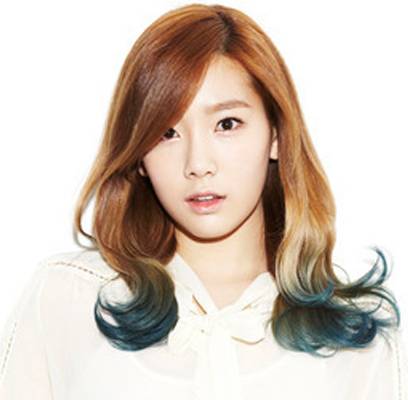 Taeyeon expresses her love for Girls' Generation' and for singing

"It's a pity I didn't have a weapon, I would have stabbed him," the words Park Soo Hong's father said during the prosecution investigation brings shock
5 hours ago   44   11,462

Girls' Generation's YoonA is applauded for her sensible answer to a reporter's tricky question
1 hour ago   0   5,215

K-Netizens talk about Billboard's announcement to include China in global chart + Korean singers sales in China in 2022 after the bulk buying ban
5 hours ago   20   5,229

Jungkookâ€™s sold-out power on display as his Recode Upcycled Bag is the first to get sold at the BTS Proof Exhibition
5 hours ago   3   3,790

Will BTS be guaranteed time to promote even if they enlist in mandatory military service?
51 minutes ago   6   730

Girls' Generation's YoonA is applauded for her sensible answer to a reporter's tricky question
1 hour ago   0   5,215

On Spotlight: Lee Kwang Soo's Amazing Roles throughout his Acting Career
2 hours ago   1   514

Ministry of Culture, Sports, and Tourism to decide on BTS' military service by December
9 hours ago   48   8,699

Netizens react to the outfits worn by the female artists who performed at 'KCON Saudi Arabia'
2 days ago   87   83,594

TV personality Park Soo Hong reportedly transported to the hospital after being assaulted by his father during his cross-examination
2 days ago   68   140,871