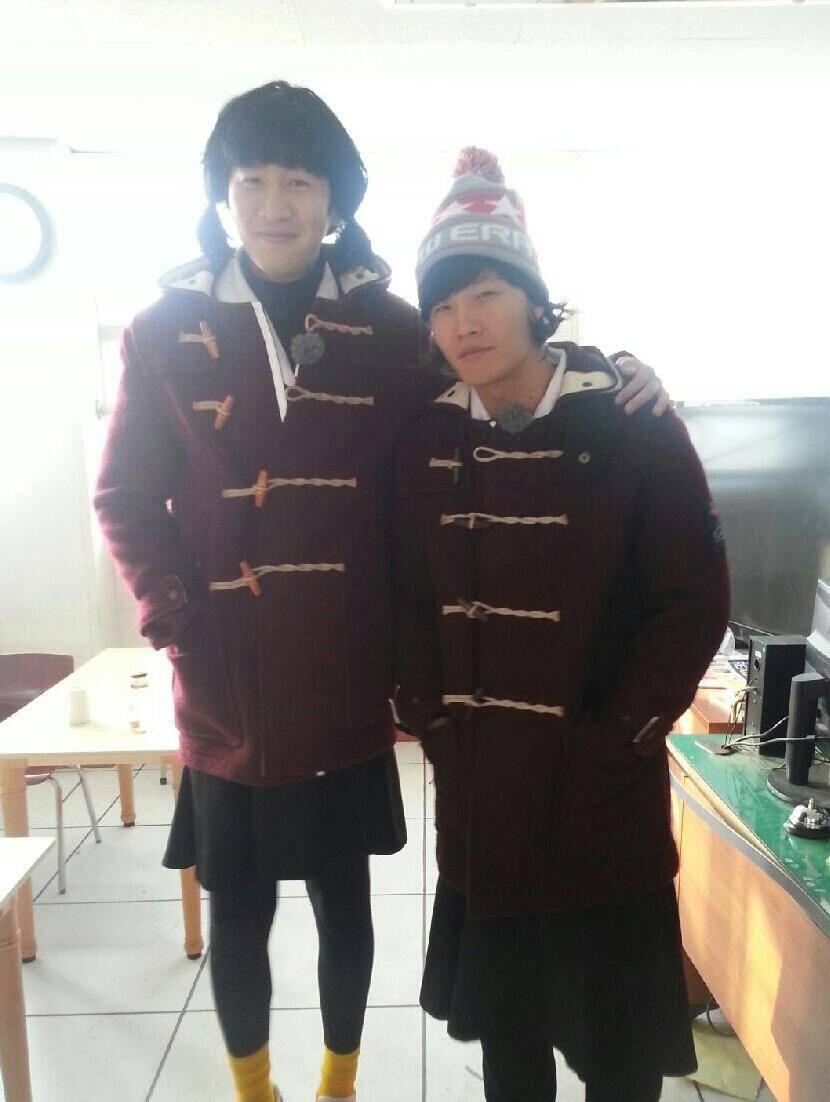 Although Lee Kwang Soo and Kim Jong Kook may have a rival relationship on 'Running Man' as the giraffe and the tiger, they share a close bond behind the scenes as friends!

"Our friendship forever <3" Lee Kwang Soo posted to his Twitter earlier today, sharing a cute photo of the two of them dressed as schoolgirls on the 'Running Man' set! Although we've seen his 'Kwang Ja' character before on the show, Kim Jong Kook's first time dressed as a girl managed to shock and awe.

You can also catch a glimpse of their female counterparts on the preview for next week's episode here.