After her stunning success as one of the 'monster rookies' of the past few months, soloist Lee Hi is becoming more important in YG Entertainment's future plans.

According to a YG representative, CEO Yang Hyun Suk has personally directed Lee Hi to become fluent in Japanese within three months. This is in preparation for her upcoming Japanese debut, which will be held in conjunction with Avex.

As one of the top record labels in Japan, Avex has previously partnered up with YG Entertainment for 2NE1 and Big Bang's Japanese debuts.

The 'K-Pop Star' rookie's overseas debut is slated to take place within this year.

Minhee reveals what she's been up to recently, talks about her hardships and receiving little money while promoting with Stellar
8 hours ago   16   25,910

Taemin reveals he's working on multiple solo comeback albums + that his music and choreography style will change
1 hour ago   3   1,305

All members of the 'Handsome Tigers' basketball team showcase how much they've improved in their first official league tournament game
2 hours ago   0   1,307 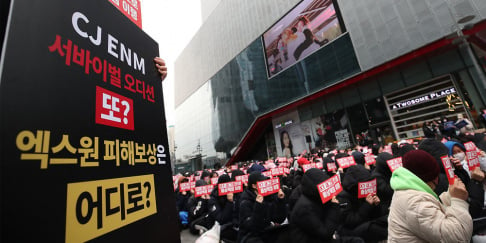 Minhee reveals what she's been up to recently, talks about her hardships and receiving little money while promoting with Stellar
8 hours ago   16   25,910

Netizens talk about how BTS is on another level, selling 2.5 million albums in just 3 hours and breaking Melon unique listeners record
10 hours ago   79   26,298