On the November 6 broadcast of tvN's 'Things That Make Me Move' starring Super Junior's Kyuhyun, the 'New Journey To The West' star visited WINNER member Song Min Ho's house for a collaboration!

First, the four stars changed into their pajamas to set the mood for a mens' pajama party, then took a tour of Song Min Ho's home. Next, the crew started out with welcome shots, after which they received their main mission of the night - a cooking contest to impress Eun Ji Won's taste palate!

It was immediately pointed out that the real competition was mostly between Kyuhyun and P.O, as both are known for being big home-chefs. To even out(?) the competition, Song Min Ho decided to sneak away to his family's apartment next door, where he obtained some pre-made LA galbi from his younger sister!

In the end, who won over Eun Ji Won's tastebuds with their cooking? Watch episode 3-1 of this week's 'Things That Make Me Move' below, and episode 3-2 above! 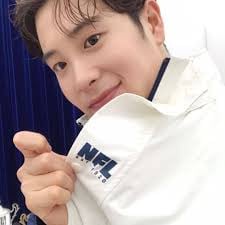 why is this guy getting cuter everyday

So it's a new apartment, thought it was new house.

'Minari' actress Yoon Yeo Jung talks about working in America, where no one on the set treated her like a veteran star
7 hours ago   33   32,521