TOO members are happily 'Running TOOgether' in comeback album trailer!

TOO have released their official comeback trailer.

On June 29 at midnight KST, the n.CH boy group from 'World Klass' survival program released the album trailer for 'Running TOOgether'. Having garnered significant attention from 'Road To Kingdom', TOO are making fans wonder if they are the same boys who delivered charismatic performances with "Rising Sun" and "Hard Carry"! In this summery new concept, TOO members are running together as a soccer team.

I'm such a sucker for boy groups doing bright concepts. I was also highly impressed by TOO on Road to Kingdom. I'm looking forward to it.

ARMYs are saying BTS was robbed and should've been nominated in more categories for The GRAMMYs especially 'Album of the year'
4 hours ago   45   7,760

2PM's Nichkhun files for an injunction against his stalker but was rejected by the court
2 hours ago   13   3,352 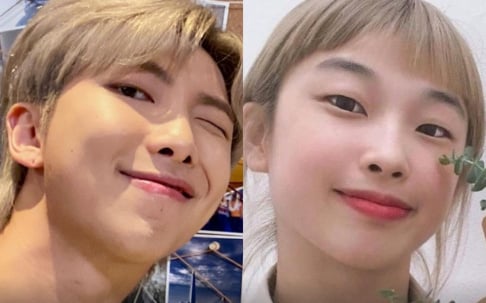 Netizens are amazed by the striking resemblance between BTS's RM and his cousin
3 hours ago   8   3,338

Ham So Won decides to get her daughter tested for autism after reading critical comments from netizens
9 minutes ago   1   1,526