After season 2 of Mnet's dance/romance reality program 'Somebody' came to an end this past weekend, many viewers showered the program's 'Sori & Jae Yeob' couple with praise and affection for their "movie-like" romance, garnering attention.

As many of you know, Mnet's 'Somebody' is a romance reality program where a group of dancers from various backgrounds and genres come together in a shared house, to spend time together and carry out 'Some' MV missions. The participants decide to partner up as male-female pairs in order to film scenic MVs centered around dance, while also seeing if they develop romantic feelings.

On season 2, former CocoSori member/solo artist Sori joined the cast as a participant - the oldest female cast member. At first, the male participants seemed hesitant to approach Sori, and she did not receive any requests to partner up during the group's first mission. But soon afterward, a male participant and street/urban dancer Song Jae Yeob revealed that he and Sori were the same age, and they decided to become friends.

From there on, viewers watched week after week as Sori and Song Jae Yeob grew from being friends to having a romantic 'some' relationship, all the while Song Jae Yeob struggled between Sori and another female participant Hye Soo, and Sori was also approached by another male participant, Jung Moo.

By the time the final episode rolled around back on December 20, many viewers cheering for the 'Sori & Jae Yeob' couple were watching on the edges of their seats, afraid that the two participants might decide to end their 'some' with the show coming to an end, rather than choosing each other as a final match made!

Fortunately for the viewers on the edges of their seats, Sori and Jae Yeob succeeded in choosing each other for the final selection, becoming one of two 'official' couples by the last episode. Netizens who kept up with 'Somebody' season 2 couldn't help but rave after witnessing such a "movie-like" romance story, as they commented, "Sori-nim was such a kind person TT It was so sad watching her being worried that the other guy was gonna get hurt TT", "I hope they can stay together even after the show TTTT", "OMG Jae Yeob's expression when they filmed the last dance TT. This couple looks SO good together", "I used to just catch this if it happened to be doing a re-run but I was so itching to catch the last episode on air TT. I cried so much", "Can this be any more like a drama come to life TT", and more.

Meanwhile, a few days after the program's finale, fellow cast member Hye Soo was seen posting photos of the 'Somebody' crew back together again, enjoying a meal while most likely preparing for the entire cast's upcoming 'Somebody 2' performance, 'Some Nights'.

'Somebody' season 2's live performance 'Some Nights' is set to take place on January 18, 2020 at the Sangmyung Art Center, with 9 out of the 10 cast members participating in various stages. If you weren't able to catch 'Somebody 2' while it aired, catch a highlight of the 'Sori & Jae Yeob' couple's developments from the series, above! 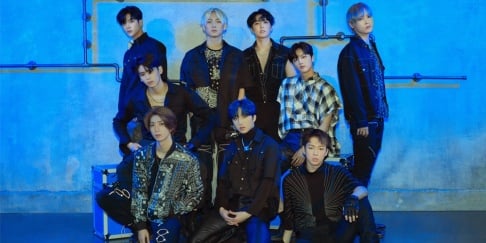 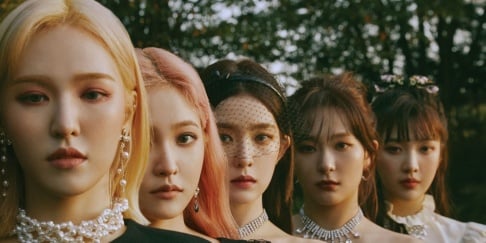 tvN drama 'Little Women' removed from Netflix in Vietnam due to offensive content
8 hours ago   24   16,917

Weibo rumors say that stars with foreign citizenship may soon be banned from appearing on Chinese TV programs
9 hours ago   31   14,184

Crush's recent Instagram story raises questions on whether he is referring to recent events related to ITZY Ryujin's 'V Live'
1 day ago   56   107,707