CJ ENM vice president and Mnet head Shin Hyung Kwan has reportedly been booked by police for his involvement in the 'Produce' series vote manipulation controversy.

According to MBC News, police are investigating Shin Hyung Kwan, who was in charge of the 'Produce' series and 'Idol School' series, for his involvement in manipulating the votes for the competitive reality shows. A search and seizure was also conducted at the CJ ENM office specifically in relation to Shin Hyung Kwan.

As previously reported, CJ ENM producer Ahn Joon Young admitted to manipulating votes and results for Mnet's 'Produce x 101' and 'Produce 48', and he's also under the suspicion of accepting services at an adult entertainment establishments paid for by agencies. Kim Yong Bum CP of Mnet's 'Produce' series has also been booked.

Just watched My Little TV ep. 32. The absence of Yujin/ IZone was surreal. Their live airing had >5x more viewers than any other segment!!! I can understand MBC cancelling IZone's appearance (as a group). Individuals tho...

Yet its hard to imagine IZone will be left untouched when even Mnet's head is taken down. If the 'top-20' were decided from the start, it means every group member got preferential treatment. Its just a matter of time before Idol School, P101 1&2 are implicated too.

Its sad coz some of the best groups came from these shows. And the truth is, we all knew the shows were rigged; the drama and final line-up were too perfect. The public was fine with it, as long as the fraud wasn't revealed. If only the #$$#!*&!! mutton brain who did the vote count didn't get sloppy (using the same multiples????), we'd all be blissfully unaware.

Seems that's about all anyone can do, for now.

Because of these kind of ppl, sometimes I feel like it's useless for me to vote for my favs. 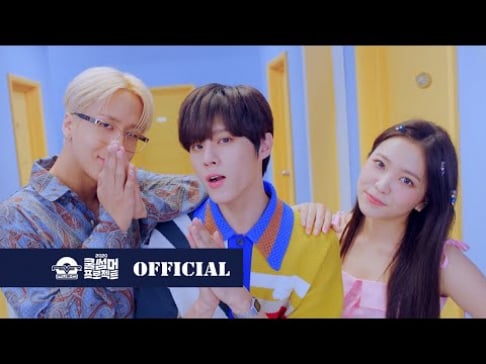 JYP Entertainment responds to reports that TWICE are preparing for a comeback
7 hours ago   23   17,695

Fans find cute baby photos of BTS members as they recreate photos from their childhood
10 hours ago   13   18,026