There is yet another uproar in the K-pop fandom world, with some fans behaving in an absurd manner.

Recently, NCT Jaehyun's Instagram comment section was filled with hate comments from a group of fans. This is because some of EXO Chanyeol's fans are angered that Jaehyun took the title "The first Prada campaign model" when Chanyeol was also a model for Prada's 2020 Fall/Winter Linea Rossa Line.

An article wrote that Jaehyun is the first Korean artist to be selected as the model for the main global campaign for the upcoming 2023 Spring/Summer collection. Jaehyun was chosen as a global brand ambassador in 2022 and has become the face of Prada and has been selected to take part in the main campaign this year.

What's worse is this incident is being distorted as it is spreading through various other communities as other K-pop fans are speculating that Jaehyun had said something rude and had made a comment looking down on Chanyeol during the NCT concert.

Korean fans also took notice of this terrorism and commented, "They're being crazy," "It's the international fans who are doing that," "I was wondering what Jaehyun said that 'looked down' on Chanyeol but it wasn't that he said anything but it's about this campaign, geez," "Why are they attacking Jaehyun? they should tell Prada who made that headline," "I think it's mostly Chinese fans who are writing bad comments," "I really don't get international fans sometimes," "they need to argue with whoever wrote that headline, not Jaehyun," and "I really don't get why they are doing this." 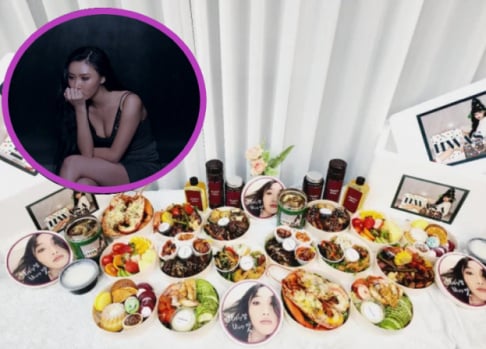 Its the company that chose him, Not him himself good God

These fans don’t realize that they’re embarrassing their idol. Some people need to log off the internet and find something better to do