EXO's Chen & Xiumin, BoA & TVXQ deliver great live performances at the 'Be You 2: The World Will Care' show in Manila

On December 9, an event for which EXO, BoA, and TVXQ fans had been anticipating finally took place. Thousands of fans flocked to the Smart Araneta Coliseum to see all of the artists perform live. Organized by Neuwave Events & Productions, 'Be You 2: The World Will Care' featured a star-studded lineup from the renowned acts BoA and TVXQ to the members of the global boy group EXO Chen and Xiumin — the crowd was thrilled to finally see their favorite artists perform live in front of them.

A day before the show in Manila, the three K-Pop acts first held the show in Cebu, Philippines. The show marked BoA and TVXQ's debut on a Philippine stage as well as Chen and Xiumin's as solo artists.

Before the K-Pop acts appeared on the stage, Filipino performers, including Pilita Corales, Ian Veneracion, G22, and Lady Pipay first graced the stage.

Loud applause erupted throughout the venue as Xiumin entered wearing a sophisticated black ensemble. He opened the show with the title track from his first solo mini-album, "Brand New," which was released on September 26. Together with his backup dancers, he delivered a fun and amiable performance. The mood of the crowd then changed as Xiumin performed the emotional song "Serenity," which brought about a nostalgic feeling.

"I'm so happy. I missed you all!" said Xiumin during his talk segment. He promised to come back to Manila with the other EXO members.

Xiumin continued to create a lovely atmosphere as he sang "Love Letter" and "Feedback" next, displaying his lovely voice.

The loud screams from the Filipino audience persisted as Chen took the stage after XIumin. First, he gave a powerful performance of his most recent song, "Last Scene," the title track from his recently released third mini-album. The stylish song "I Don't Even Mind," which featured his upbeat, crystal-clear voice, was the next song he performed.

"In Cebu yesterday and also today in Manila, you kept your promise with me. I can see a lot of people who came wearing purple!" said Chen.

"Shall We" and "Everytime," a soundtrack to the Korean drama "Descendants of the Sun," were Chen's final two songs for the performance. It was a pleasure to hear Chen sing the well-known OST live; he demonstrated his astonishingly beautiful and powerful vocal prowess there.

The South Korean male pop duo TVXQ took the stage next, clad in regal red suits. The pair rocked the stage while performing "Keep Your Head Down" and "Maximum," showcasing their exceptional dance skills, strong vocals, and edgy raps.

"I'm really honored that I'm with my senior artists as well as junior artists at the same time the Filipino artists," Yunho said.

Years in the industry have shown that Yunho and Changmin truly enjoy performing on stage as evidenced by the impressive performances of "Dream" and "Mirotic" they gave to close out their set. From the beginning to the end of their set, Yunho and Changmin hit all the right notes while putting on an exhilarating show.

Finally, the queen of K-Pop, BoA, took the stage; she first performed "Better," wowing the crowd with her raspy vocals. BoA next showed off strong live vocals performing the mid-tempo pop track "Only One." BoA's great and distinguishable sound echoed in the domed venue.

"I was so excited to meet you all and I know you have been waiting for me for so long. And now I realized that I came to the Philippines late," said BoA.

Afterward, she gave excellent live performances of "Starry Night" and her most recent hit single, "Forgive Me," capping off her set. BoA's overflowing visuals and stage presence were also top-notch. 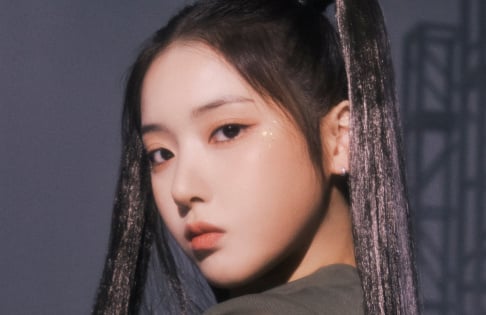 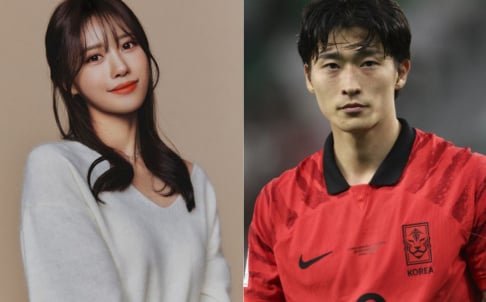 So glad the fans cheered on my boys Chen and Xiumin. We miss EXO too so much

I had the most amazing time at the concert! Even the majority of the attendees are EXOLs, we all had the same amount of energy to cheer for all the performers! I am sure EXO would be proud! Thank you to our XiuChen, TVXQ and BOA for coming! You are all amazing!

Dara says she got in trouble for not pressing elevator button for YG Entertainment head?
3 hours ago   11   11,113