News
Posted by jieun-im 7 days ago

On September 21, one netizen created an online community forum post titled, "HOW DO YOU GUYS FIND HWANG MINHYUN'S ACTING IN ALCHEMY OF SOULS ft. KIM SOHYUN". Here, the netizen included a photo of Hwang Min Hyun from the drama 'Alchemy of Souls', and asked many to reveal their thoughts on Hwang Min Hyun's acting skills.

In addition, it was recently reported that Hwang Min Hyun is reviewing a role offer as the male lead in the new drama 'Useless Lie'. Actress Kim So Hyun has been offered the female lead role, and many netizens expressed their thoughts on Hwang Min Hyun's potential on-screen chemistry with Kim So Hyun.

"He's alright for the role he has."

"I didn't think he was that bad, but maybe it's because I didn't know he was an idol."

"He passes because he's so handsome."

"What are they going to do about the balance in their acting skills though?"

"I hope Kim So Hyun picks something else."

"What is this? Kim So Hyun, please choose another project."

"He was actually okay in 'Alchemy of Souls' though..."

"I'm enjoying the drama and find [his acting] just fine. But in scenes that are supposed to be sad, I don't know whether he's laughing or crying because the corners of his mouth are lifted up." 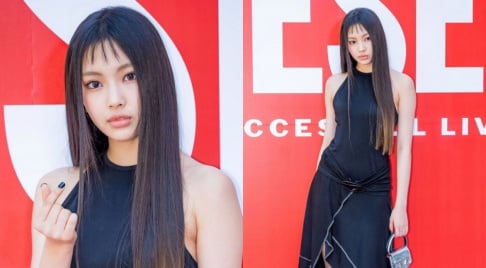 "Is she really 15 years old?" Newjeans' Hyein captivates with her mature beauty at the 'Diesel' pop-up event 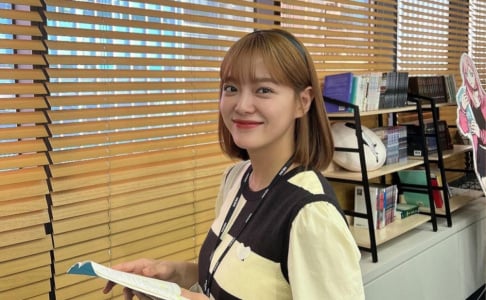 i think his acting was alright. it will be interesting to see him in a completely different role because the one in AoS was quite stoic. hopefully he does well. in any case, i'll watch because the premise sounds interesting

that being said, i think this comment is spot on -
"I didn't think he was that bad, but maybe it's because I didn't know he was an idol."
if people know it is an idol, they are often extra critical of the performance and what would be considered "decent acting" becomes "awful acting" in their minds.

first of all he is an idol, 2nd it was his 3rd project as an actor (mainly 2nd) so he is really a rookie. 3rd to me he was perfectly fine for portraying seo yul in alchemy of souls. not to mention that he was given the role of Jang UK 1st. he even took the scripts of first few episodes. but later on he choose the role of Seo Yul and was revealed that he still have to learn alot as that role was too much for him so it was offered to jaewook. To me he is improving day by day and the creators always want him to be male lead. this means he has potential to surprise us even more. im really looking forward to ALchemy of souls S2 and this project as well.