Jessica Jung has been working in China for a while now. Participating in programs, joining variety shows as a mentor, opening her flagship store there, and more. While she has been busy, she has also formed a few close friendships. One of those friends is Chinese actress Cici Wang.

These two ladies had first met while on the set of "Sisters who make waves," where they were both contestants and on the same team AOTU. Being on the same team meant they had to be around each other a lot, but thankfully they hit it off and became really close friends during that time. Fans were naturally drawn to their chemistry, and they were often a hot topic in fan forums.

After the show had ended, they both still kept in contact with each other. They even kept their promise of going on a trip together!

On August 18, the pair were spotted in Hebei province, which is just a few hours away from Beijing. The place they stayed at is rumored to be Aranya, The theme of which is: that beautiful and kind people will meet eventually. That must be true, as Jessica and Cici are both beautiful and kind women.

They were also spotted shopping in a store in Hebei. The person who spotted them was out shopping when they noticed the two women. They told how both women shopped for a long time, trying on different outfits and accessories. At one point, Cici had tried on a dress and asked for Jessica's opinion, but Jessica had joked and replied that it showed too much skin. She trended on Weibo after that comment as fans were comparing how Jessica sounds like a boyfriend you would see in tv novellas. They also talked about how Jessica and Cici's relationship was overflowing with chemistry.

After this short trip, it was radio silence from them until today. They were both spotted shopping again, but this time, they were in Beijing.

The two can be seen walking around from store to store with linked arms. They spent the whole day going around different shops and finding perfect outfits for each other. At one point, they were even spotted looking for lingerie together. The lingerie was of a brand that Cici herself is endorsing, and you know what they say friends who support their friends stay together. A lot of fans, especially female ones, commented on how comfortable they must be with each other to buy such personal wear.

After that whole day of shopping, fans assumed they would be tired. However, they were wrong, as just a few hours ago, Jessica posted a video of the both of them having fun on the beach.

In the video, you can see the two friends seemingly having the time of their lives. Dipping their feet in the sea, sitting on the swings, and goofing around. The video looks like a scene from a nostalgic movie.  The post reached 1 million reads in just 5 hours and became a hot topic among fans, with everyone gushing about the adorable bond between the girls.

The matching smiles on Both Jessica and Cici's faces make you think, "This is what true friendship looks like."

Friendship like this is rare to find. Do you have any friends with whom you share such a special bond? 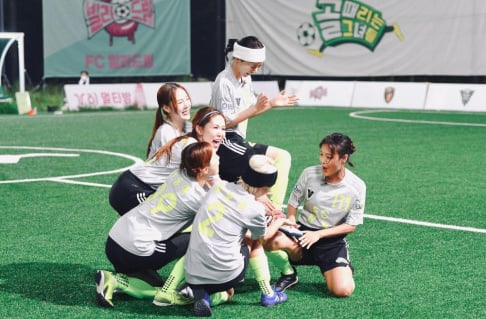 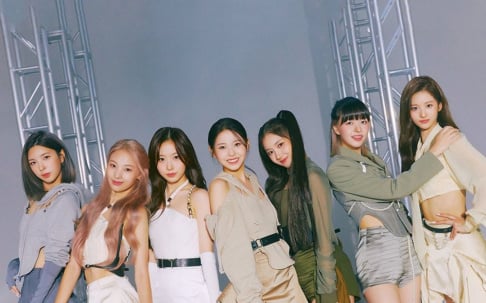 This makes my heart smile, it is so nice to see them enjoying their time together.

Although, getting filmed by cameras must be exhausting all the time. I hope that they still had lots of fun and made great memories based on what we see in the article!

Jessica made quite some powerful friends on that program they are all millioners they even wore her brand on the show and showed it to her to have her on their team...The SSS Tier of Chinese industry. There are rumors that even Tencent the biggest company that makes dramas, buys books, webtoons, tv shows offered her contracts. The only negative things are from SNSD fans because Jessica exposed the group for kicked her out selfishly and made her look bad by making up false facts to excuse her expulsion from the group writing to PDS not to hire Jessica. Like idol like fans I guess(cant believe I was one of them until recently) disgusting apparently PDs told these fans they wont listen to them the decision is final. They should keep their controlling and delusional insane beliefs in S.K. Shameful how fans can turn on you when you are the victim bc they dont want everything they believed in to be ruined. Jessica Jung was the voice of Girls Generation her voice was like 50% of the sound of GG until 2014 and they should give her the respect she deserves and stop trying to erase her or pretend she never debuted with them. She worked years for the group and was there until their last peak in 2014. The members themselves ended the group in 2015 August a true disbandment and ever since then they never announced it just to keep the brand alive and earn money from it they are nothing without it but dont want Jessica to use the name of GG when she is still part of 99% of GG discopgraphy and activity even with Forever 1. As a group since the end of August 2015 they have only promoted as a group for 1 month total since 2016 when the only thing they did was Sailing a station. In 2017 they released Holiday Night and in 2 weeks it was the end they left SM. In 2018 they released only Oh!GG unit bc people were already annoyed they keep acting as if the group is still together they did not even promote. Now in 2022 after 4 years they release an album and promote it 1 week just to keep using the brand name to get jobs but dont want Jessica to do the same when they have only 1 year activity with the group without her...Sheesh. I can even see those petty indenial sone dislking or downvoting articles about Jessica.