How much do virtual influencers make and why are they gaining so much popularity?

With the advancement of technology, it's a time when virtual humans make money. These virtual humans, which are implemented with sophisticated computer graphics, are emerging as a new marketing tool.

The virtual human 'Lil Mickela,' introduced by U.S. startup Brud, earned 14.2 billion KRW (~12.4 million USD) in 2019 alone. It has been reported that the price of one post on her Instagram, which has 3.03 million followers, is about 10 million KRW (~8,500 USD) per post. Imma, created by Japanese startup IWW, earned 700 million KRW (~610,682 USD) last year alone, including filming advertisements for furniture brand IKEA.

There are also signs of successful virtual human marketing in Korea. Recently, Shinhan Life selected 'Rozy,' a virtual human, as a model for their advertisement. The number of YouTube views exceeded 1 million in just two weeks. This is a rare case in which corporate advertising videos have become popular in such a short period of time.

Analysts say that Shinhan Life's advertising effects exceeded expectations as logistic videos spread through social networking services (SNS) such as Instagram. With the growing popularity, there has been a possibility that a one-year contract can be formed between the virtual human and the company. It has been predicted that 'Rozy will grow to an influencer level and promote the brand through SNS as it did in previous overseas cases.

First, computer graphics and artificial intelligence (AI) technology have advanced enough to create a virtual character that looks like a real person. This is due to the maximization of "design computing" from appearance to action based on computer graphics. The level of perfection is increasing as AI continues to learn based on tens of thousands of design data.

Rozy, the virtual human, was considered human for the first three months of running an Instagram account. Some users even sent a message saying that they want to meet them in person. A developer at Sidus Studio X stated, "Nobody knew it was a 3D virtual model before we talked about the Virtual influencer." However, there have been some who are feeling uncomfortable as these virtual characters are looking too real.

Nevertheless, experts say that another advantage of these virtual humans is that they can be controlled. In addition, there are no risks of scandals or unpleasant controversies after the virtual human is selected as an advertising model.

An advertising industry official said, "It is our job to check separately even when we hear about our model through the agency," adding, "If the celebrity problem breaks out, it will soon lead to a decline in corporate credibility, which is a big concern. (Virtual humans) cannot cause trouble, so they have certain advantages." 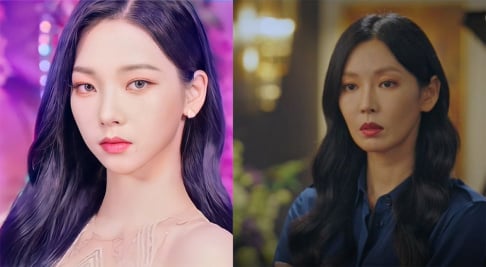 Is this how aespa will look like in 2041? One netizen reveals the photos of what they think the aespa members would look in 20 years 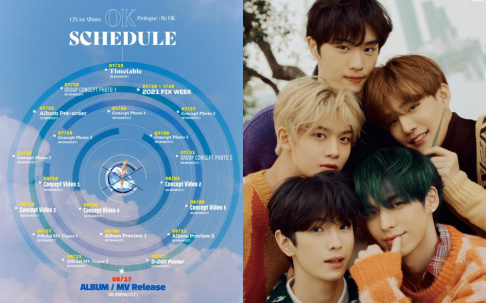 CIX drop the comeback schedule for their first album 'Prologue: Be OK'

Well they’re popular because they have no free will so they can be made to do absolutely anything. They’re never going to have a scandal, will never be too tired to work, will never gain weight or get old. It’s right on the money for the shallow world we live in 🙄

This is straight up creepsville. So instead of holding REAL people to stupid unattainable body, beauty and personal life standards companies can now just replace them with perfect digital paper dolls. Yup nothing ethically wrong with that at all.