On April 21st KST, the team Na Young Suk announced they are collaborating with 'Run BTS' on its official YouTube channel and Instagram account. This marks the first official collaboration of 'Run BTS' with another program. Viewers can expect to watch the chemistry between the boys and Na Young Suk PD, playing various games catered to each member's character.

diD soMeoNe sAy nA yOunG sEok aNd bTs?! Count me in!!!

Miyawaki Sakura updates her Instagram for the first time in 2 years with previews of her HTK48 graduation pictorial
2 hours ago   5   3,980

Netizens criticize that some actors at the '57th Baeksang Arts Awards' were disrespectful to Yoo Jae Suk
4 hours ago   49   73,861

Aespa reveals the location of KWANGYA through the coordinates in their new "Next Level" music video
4 hours ago   14   4,538

Staff Member reveals his sweet experience with BTS's Jimin on the Game Caterers
5 hours ago   25   4,717 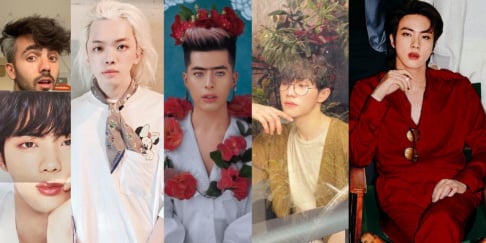 Brave Girls confirm comeback for mid-June, aiming to be our summer queens
43 minutes ago   6   857

BTS's V joins names such as Barack Obama and Taylor Swift on "You vs. People Your Age" list of most accomplished individuals
2 days ago   110   21,853

Netizens surprised by the results of one street survey, asking Koreans 'Who is the most famous Japanese celebrity in Korea?'
2 days ago   78   83,648