BLACKPINK's lovely goofball Lisa has returned as a mentor on iQIYI's 'Youth With You 3'!

During a recent episode of the newly returned idol survival program, Lisa caused major laughter by asking a trainee a very unexpected question!

You can see below just what exactly Lisa was so curious about, that she decided to ask the trainee Liang Sen a very serious question before making any official comments on his audition:

Meanwhile, Lisa also trended on Weibo after she and her fellow mentor, Esther Yu, added each other on WeChat! 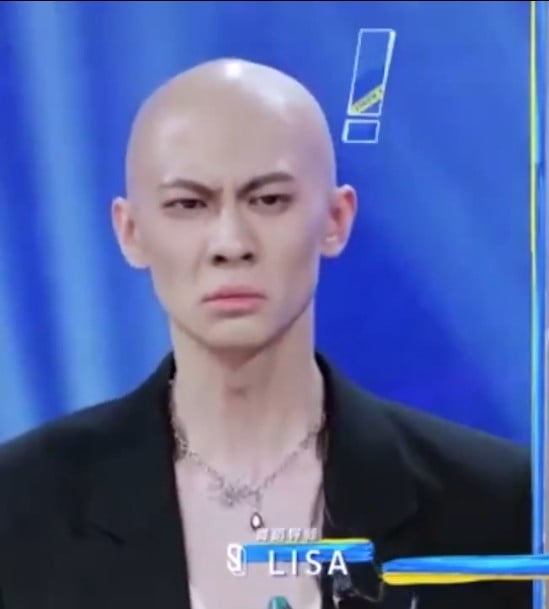 I like how she treads so lightly just in case she was rude. She didn’t want to be rude.

Minister of Culture, Sports, and Tourism says, "I will definitely write a recommendation for BTS to postpone their enlistment"
8 hours ago   78   8,957

AKP BUZZ
Netizens are speechless as the late Son Jung Min's father continues the lawsuit against his son's friend
6 hours ago   13   11,856

[TW] The hashtag 'Blackpink disband' trends on Twitter as a few toxic BLACKPINK fans start a feud with BTS fans and anger netizens
2 days ago   404   114,930

Minister of Culture, Sports, and Tourism says, "I will definitely write a recommendation for BTS to postpone their enlistment"
8 hours ago   78   8,957

aespa's 'Next Level' dance practice video under fire for alleged sexualization of office workers
17 hours ago   126   42,331

Aespa fans furious as the girl group's MelOn profile is terrorized by trolls after reaching number 1
1 day ago   181   23,218