VOTE: Which Male Group Spotlight Performance Is The Best?

Arirang K-Pop's "Simply K-Pop Spotlight" puts artists at the forefront of the audience's minds by offering some of the most dynamic performance stages in K-Pop! For years now, we've seen legendary groups grace the Simply K-Pop stage and offer us a wide range and variety of performances, but out of these performances- just which ones are the best? Here's the definitive ranking for the top 8 most viewed Simply K-Pop male artist stages. Vote in the poll below for which male spotlight performance you thought was the best and deserves the title of "Best Male Spotlight Performance."

In promotion of ONEUS 2nd mini album "RAISE US," the group graced the Simply K-Pop stage to perform "English Girl" and "Twilight." The group's focal point in this performance is their undeniable charm. From facial expressions to dance moves to vocal performance, ONEUS has it all.

ATEEZ made their 3rd mini-album comeback and came out with the hip hop song "ILLUSION," which is meant to feel like a fantastical journey onto an uncharted island. "WAVE" also brought out some of the group's best energy and charisma.  The members of ATEEZ have big personalities, and it translates well onto their stage performances.

This Simply K-Pop Spotlight came shortly after THE BOYZ first full-length release. "Salty" and "REVEAL" showcased THE BOYZ ability to be playful, yet intense without losing any bit of charisma along the way. A strong contender for the best stage!

AB6IX consists of some of the members of Wanna One and MXM in addition to a new face! AB6IX created their "own unique Hollywood" with their song "HOLLYWOOD" and "BREATHE" encourages fans to break free from their restrictions and troubles to breathe freely and chase after their dreams. The performance is dynamic and a must-watch!

TXT has one of the most anticipated debuts in K-Pop as the younger brother group to BTS. Since then, the group has been able to break away from their sunbae's shadows and make a solidified place for themselves in the industry. Enjoy this debut era performance of "Blue Orangeade" and "CROWN."

BTS graced the iconic Simply K-Pop stage in 2014 with their dynamic comeback song, "Boy In Luv." The song is now a household classic and top hit that helped the group propel into superstardom. Check out a vintage BTS performance and get your fix of this nostalgic love song in this video!

So what group has the best performance? Let us know in the poll below:

[Disclosure: This article is sponsored by Arirang.]

Hard to choose between TXT and AB6IX! I love them both! 💕

I love BTS but I'm going with TXT Blue Orangeade, that song was a super fun throwback and their stage was so engaging! I remember grooving as if I had rhythm! Now, if they had put choreography queen 👑 Black Swan up there, that would have been a whole other convo

Netizens are wondering if TWICE will renew their contract with JYP or not
58 minutes ago   25   4,524

April members Naeun, Chaewon, Yena, and Jinsol sit down for an interview to talk about 'Hyunjoo's bullying controversy'
24 hours ago   89   31,297 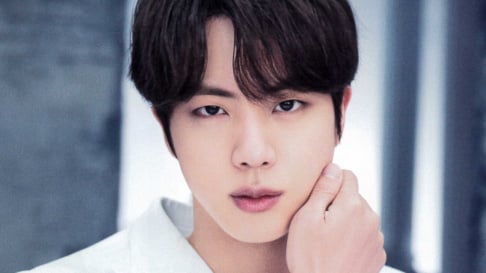 April members Naeun, Chaewon, Yena, and Jinsol sit down for an interview to talk about 'Hyunjoo's bullying controversy'
24 hours ago   89   31,297