One of K-drama's favorite genres is the historical dramas in which the story is based on a figure in history or an event in history. Fusion historical dramas are widely loved, and many viewers can see the beautiful colors of Hanboks, the Korean traditional clothing worn back in the day.

Many actors and actresses are able to show off silky dresses that are elegant in their own style. So, without further ado, here are the six actors who fit the Hanbok style perfectly as voted by netizens.

Actor Kim Soo Hyun came in first place with 32% percent of the votes from netizens. He is known and rose to popularity through the fusion historical drama 'The Moon Embracing The Sun', where he played a king longing for his first love. The actor also appeared in various historical dramas as he solidified his image as an actor who fits Hanbok very well.

The next on the list is actor Yoo Ah In, who appeared in various historical movies. His most praised role is when he played the crowned prince Sado in the movie 'The Throne.' He has been praised for his acting skills, and the movie was acclaimed for its perfection in depicting the story of an actual figure from history in a different light. Yoo Ah In also appeared in various historical dramas that received much love, such as 'Sungkyunkwan Scandal.'

Another actor loved for his appearance in Hanbok is actor Lee Jun Ki. He rose to fame with the movie 'The King and the Clown,' in which he drew attention through his beauty.  Since then, Lee Jun Ki appeared in various historical pieces and received more love. He appeared in the drama 'Moon Lovers: Scarlet Heart Ryeo' where he captivated women's hearts.

Actor Cha Eun Woo's face is perfect for any genre as his good looks transcend generations. However, many netizens picked him as one of the actors who suit the Hanbok very well. His good looks suit the aristocrat vibe that he gives when wearing the silky, elegant Hanbok.

Known for his exceptional acting skills since he was a child, Yeo Jin Goo made an impression in various historical films and dramas ever since he was a baby. He solidified his role and impressed many viewers with his perfect acting skills in his recent drama 'The Crowned Clown.'

Park Bo Gum received much love for his role in the popular drama 'Love in the Moonlight.' He received much love as he played the mature crowned prince who falls in love with his eunuch, who is actually a woman in disguise. Although the actor made many appearances in dramas of the present time, many netizens and fans can't forget his perfect fit in the King's robes and the luxurious Hanbok fit. 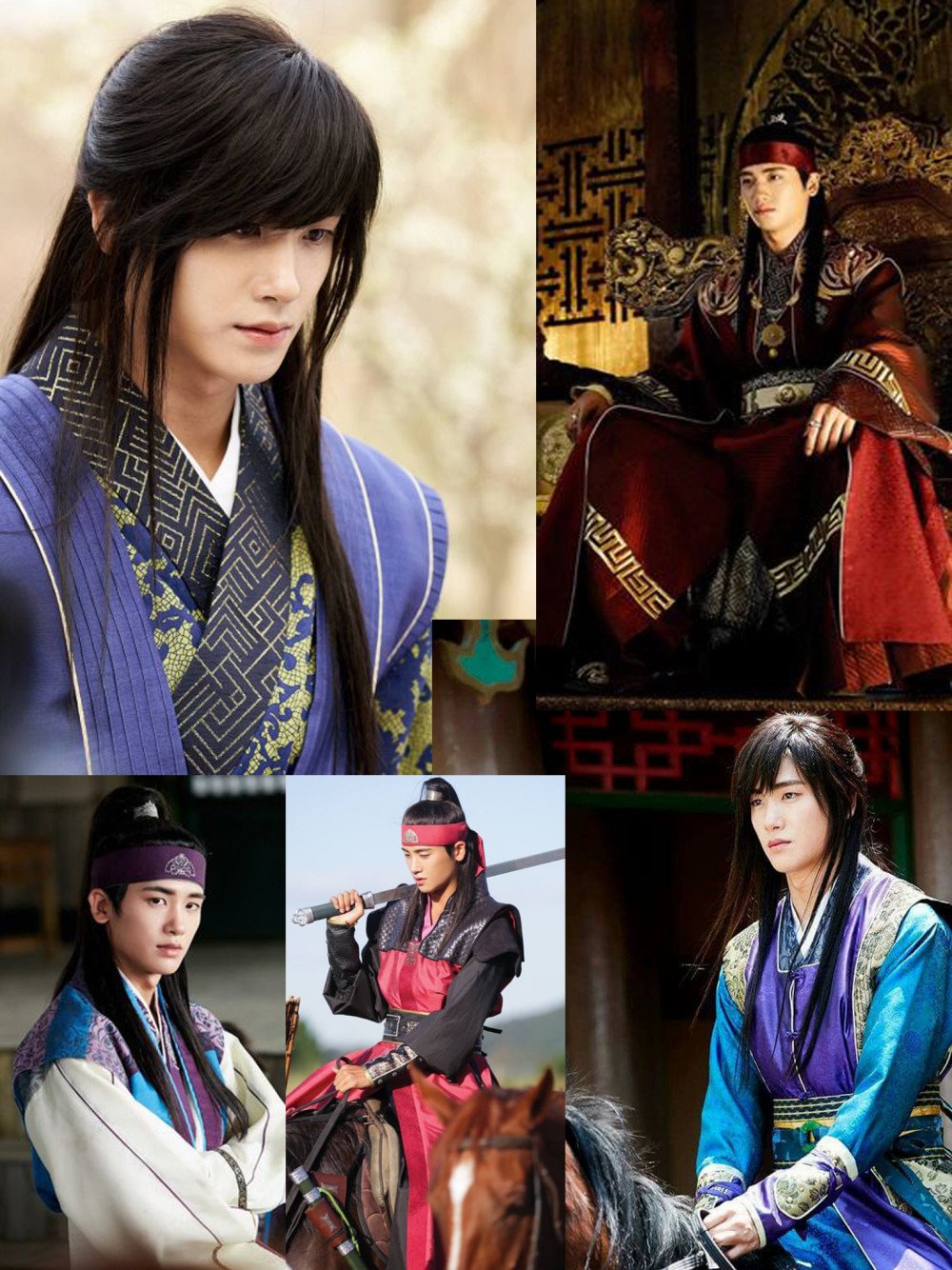 Netizens are speechless and astounded by Goo Hye Sun saying that people should 'forgive' Ahn Jae Hyun's wrongdoings
36 minutes ago   19   3,433

Han Seo Hee shares some information about what it's like being a trainee at Pledis Entertainment
11 minutes ago   1   1,168

Netizens are speechless and astounded by Goo Hye Sun saying that people should 'forgive' Ahn Jae Hyun's wrongdoings
36 minutes ago   19   3,433

"So wasteful just to get voting tickets..." Korean netizens can't believe the amount of milk that was thrown away by Chinese idol fans
23 hours ago   78   33,902