In addition to their careers as idols, some have taken on additional roles as Youtubers. Youtube has allowed idols to better connect with their fans in more unique and engaging ways. Check out some of the highest-earning idol Youtubers below.

Girls’ Generation’s Taeyeon opened her channel “TaengooTV” in January 2013. Since then, she has amassed over 1.23 million subscribers and 38 million views. It is estimated that she earns $2,000/month or $23,700/year.

In May 2019, EXO’s Baekhyun introduced his YouTube channel to fans. Within a little over a year, he has garnered over 2.90 million subscribers and 34 million views. His estimated earning is $3,500/month or $41,800/year.

HyunA opened her channel in September 2019. Even though it has not even been a year, HyunA has over 1.68 million subscribers and 38 million views. It is estimated that she earns approximately $6,500/month or $78,400/year.

Akdong Musician’s Suhyun opened her channel, originally called “MochiPeach,” in May 2017. Her channel has garnered over 1.45 million subscribers and 60 million views. Her estimated earning is $12,300/month or $147,000/year.

In March 2019, EXO’s Chen opened his personal Youtube channel. Since he created his channel, he has amassed over 1.73 million subscribers and 23 million views. It is estimated that he earns approximately $12,900/month or $154,000/year.

BLACKPINK’s Lisa surprised fans with her personal Youtube channel “Lilifilm Official” in October 2018. She has already garnered over 3.68 million subscribers and 110 million views. Her estimated earning is $84,000/month or almost $1 million/year. 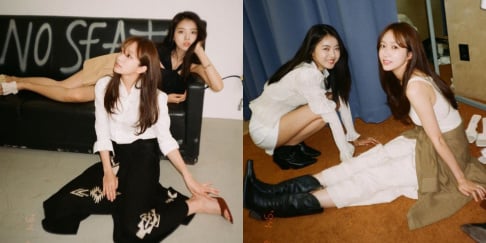 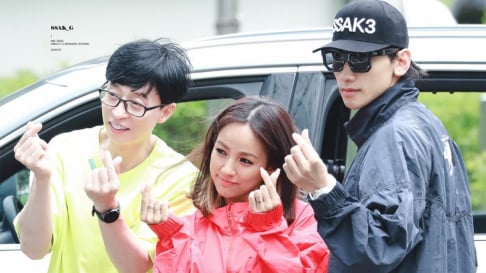 these numbers are all wrong. None of these idols edit their video material themselves. They pay big money to external companies to do it for them, and thus their incomes are a lot lower than you'd expect.

Solar mentioned on a show that her label takes a big chunk of the gross because they are the ones that help her film, set up and edit the episodes. She mentioned that she makes money but it's not even close to what people thinks she makes.

in my opinion Lisa does not make that much from her youtube channel first of all her dances are choreograph so she has to pay the choreographer, also the music in the background is copyrighted so she has pay for that also , plus the stage and all the editing.

The Korean Intellectual Property Office rejects HYBE's application to trademark 'BORAHAE' because it belongs to Kim Taehyung
3 hours ago   26   19,046

A cybersecurity expert says it will be very difficult to apprehend the individual who leaked personal images of BLACKPINK's Jennie and BTS’s V
3 hours ago   7   10,436

Stray Kids' 'MAXIDENT' wraps up first-day sales with over 1.3 million copies, taking them only one day to set a new personal-best in first-week sales
2 hours ago   4   586

Crush's recent Instagram story raises questions on whether he is referring to recent events related to ITZY Ryujin's 'V Live'
2 days ago   57   111,707