YG Entertainment has shut down rumors of G-Dragon's concert tour in China.

On January 22, YG Entertainment warned fans of scams about a concert by the Big Bang member in China, stating, "The information about the tour in China that is being promoted is completely untrue. All official concert and tour information is only available on YG Entertainment's official website. We ask fans to be wary of any concert that isn't listed on YG's official website."

The label also stated that some Chinese ticket reservation sites and personal messages on WeChat have posted notices about G-Dragon touring in China, and they've even opened reservations and a pre-sale for tickets.

As previously reported, G-Dragon was officially discharged from the military in October of 2019. Big Bang will also be performing at the 'Coachella Valley Music and Arts Festival' on April 12 and 19 KST.

Zico reveals which celebrity made most memorable 'Any Song' challenge video 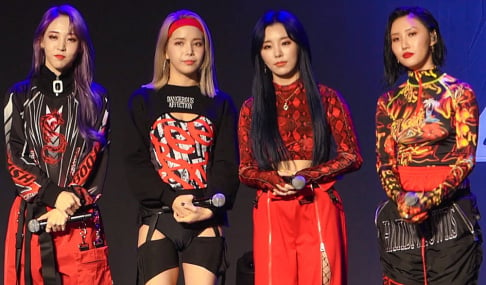 Fucking hell. There is always someone trying to leech money from these guys somehow. This is just sad and pathetic

It is a pity that this is not true. I hope BigBang to promote a world tour soon and especially in Europe