Another top actor is also being threatened with phone hacking

Another top star actor is being threatened with phone hacking alongside actor Joo Jin Mo.

On January 16, media outlet Ten Asia reported that the police are currently investigating the phone hacking and blackmail incidents including another top actor. According to reports, this actor released a movie last month and is planning on starring in another movie this year.

The Seoul Police Department's Cyber Crimes Unit reported last August that ten celebrities are being threatened by the phone hacker and they are currently investigating.

Well I really hope they find this person an throw the book at him. No one has the right to threaten people like this and honestly I worked as a cell phone tech for years... almost no one has a perfect phone. There are always something like an embarrassing photo or a rude text message or a questionable post on a message board or one of a million other things. It's disgusting that people are enjoying the content of others private phones and judging them based on things that should never have been made public. I am sick of seeing people say ignorant things like "if they didn't want to be exposed they should have just paid up" what kind of message is that? This is literally blaming the victim.

The sad thing about this matter is netz are more interested in who the actor is than who the hacks are? 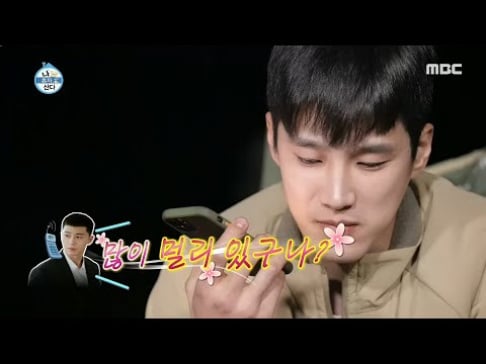 Despite being Rookies, ATEEZ is being praised by Seniors and chosen as role models by their fellow rookie idols
12 hours ago   42   29,611

Former Hello Venus member Nara soars in popularity after 'Itaewon Class', shows off her charisma in new photoshoot
9 hours ago   7   13,795