Cosmic Girls are making a comeback next month!

According to an exclusive report on December 19, Cosmic Girls will be making a comeback in early January!

Insiders say that the girl group is currently hard at work wrapping up the final stages of preparations for their full group comeback, with their comeback MV filming taking place on this very day. Their title track is reportedly a catchy, charming tune.

Cosmic Girls will be making a comeback alongside other artists such as Kim Chung Ha, WINNER, Super Junior's Ryeowook, and more. Be on the lookout for Cosmic Girls's comeback teasers, coming soon!

Full group? First of all, the 2 rocket girl members wont be back for sure. And what about Cheng Xiao? If she misses this comeback too I'm so done. 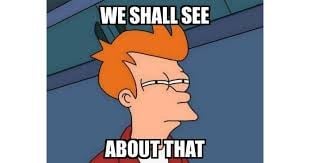 Netizens angry at Seolhyun for having fun in New York while South Korea is struggling through the Coronavirus outbreak
14 hours ago   131   84,745

Roy Kim makes an official apology to fans after being cleared of sexual misconduct allegations in regard to Jung Joon Young's chatroom
12 hours ago   16   15,768