Mad Clown claims he has no relation to Mommy Son 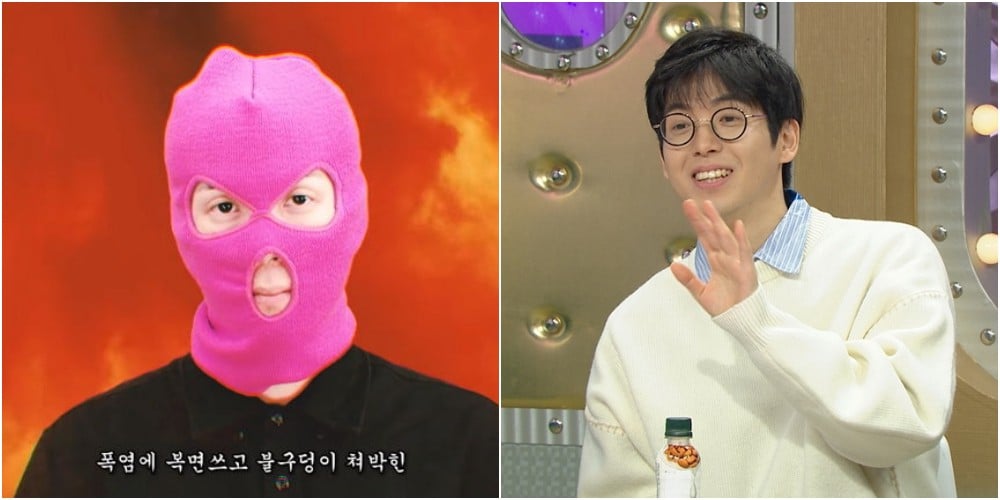 Rapper Mad Clown expressed frustration about Mommy Son.
On the November 14 airing of MBC's 'Radio Star,' MC Kim Guk Jin asked, "I heard you are uncomfortable about getting misunderstood as Mommy Son?" Mad Clown replied, "I have no relation to him, but I kept getting involved with him on social media." He continued, "I don't know if he intended or he's just careless, but he keeps on leaking evidence."
MC Yoon Jong Shin jokingly commented, "Maybe you should consider suing him."
Fellow guest Choi Hyun Woo also said, "In a recent clip, I saw you performing Mommy Son's song at events?" Mad Clown shook his head 'no' and explained, "We have similar rap styles, so I did it to show my special talent (of impersonation)."
During Mnet's 'Show Me The Money 777,' a rapper named Mommy Son gained significant attention for participating in the competition with a mask. Many assumed the rapper to be Mad Clown, who was formerly a producer/judge on the show.

My faves are trolls lmao!

Fans marvel over the perfect shadows of BTS's V and Suzy and hope they can collaborate in the future in a drama
3 hours ago   20   4,526

'LEAN ON US JUNGKOOK' trends worldwide as BTS fans comfort Jungkook after he said he has no one to comfort him
4 hours ago   18   18,687

"This is so accurate," Netizens impressed with the realistic depiction of idol fan culture in the drama 'Imitation'
59 minutes ago   4   2,910