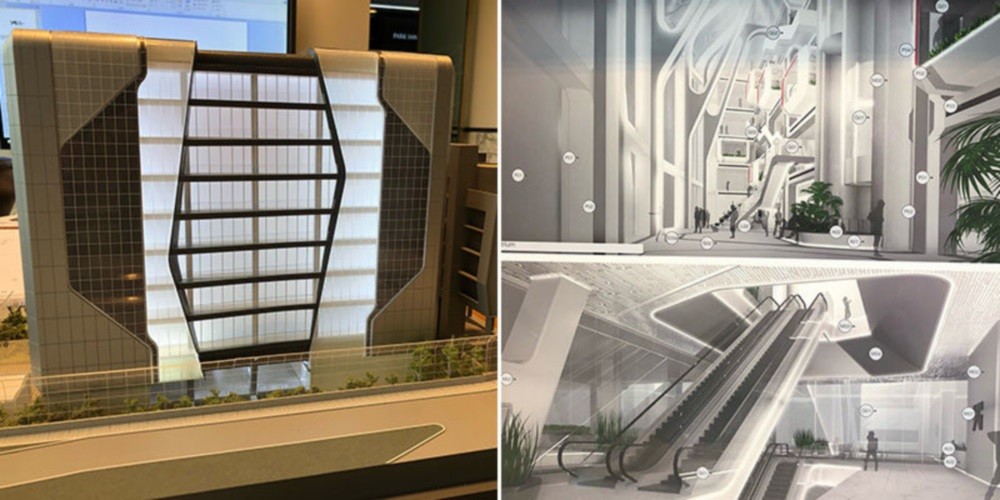 Neighbors are protesting the construction of YG Entertainment's upcoming headquarters.

The impressive building is expected to be completed in 2019, but nearby residents are already expressing their complaints. According to neighbors, YG Entertainment's future building is currently blocking sunlight to their apartments, and it's causing the temperature of their individual apartments to be much lower than usual. They're also stating their plants are dying due to a lack of sunlight.

In protest banners, the neighbors are asking YGE CEO Yang Hyun Suk to come to his senses and to stop constructing the new building right in front of their apartments.

However, YGE is currently following South Korean building laws as the building only blocks sunlight on the east side of the residents. The label is aware of the issue, but has not provided more comments as of yet. 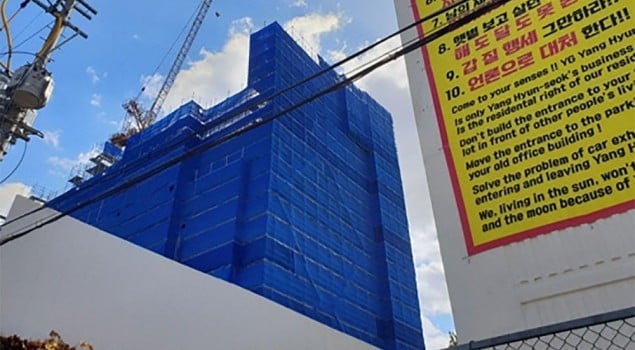 I mean, If u take care of all the Legal compliances of constructing a Property in your City, No one has the right to oppose you just because they don't receive enough sunlight!
By their Logic, every City should only have Half-buildings in the world and mostly empty spaces! :D

I mean none of us can really say anything because we are not the ones who live there. But why do people say they should have reported BEFORE the construction?! I dont think they would have known the building would be THAT tall anyways....

Lady Gaga talks about the positive experience she had working with BLACKPINK on their new song 'Sour Candy'
20 hours ago   87   28,875