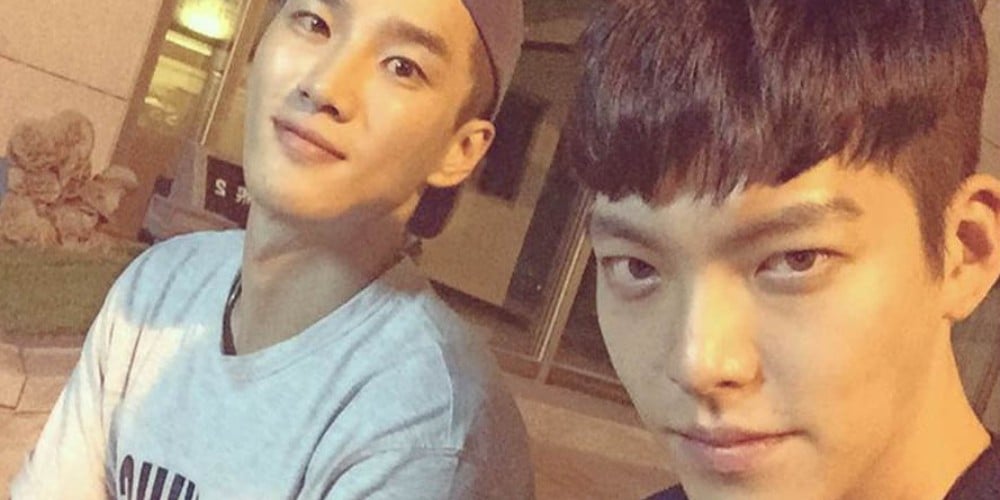 Actor Ahn Bo Hyun talked about his close friend Kim Woo Bin.
On the August 8 airing of MBC's 'Radio Star', Ahn Bo Hyun revealed he's very tight with Kim Woo Bin and said, "Kim Woo Bin is the most important person in my acting life."
He explained, "I attended the same modeling school as Kim Woo Bin. During a school event at the time, I borrowed Kim Woo Bin's clothes and we became close." Ahn Bo Hyun added that Kim Woo Bin was the one and only friend that helped him out during his military enlistment.
Ahn Bo Hyun also shared that he recently talked with Kim Woo Bin, who is recovering from his treatment for Nasopharyngeal cancer. He said, "I talked on the phone with him several days ago. I heard his voice for the first time in a long time so I teared up," and added, "He was so happy for me when I told him that I'm going on 'Radio Star'."
MC Cha Tae Hyun also shared, "His hair has grown a lot longer too." Ahn Bo Hyun commented, "I wasn't able to easily contact him, so I was thankful that he reached out to me first. He said he has gotten a lot better."

Initial accusers of Nam Joo Hyuk refuse to take down the article despite the lawsuit
10 hours ago   48   19,378

Netizens ask why Big Hit Music was so fast in denying RM's marriage rumor but still haven't said anything about V & Jennie
2 days ago   77   38,519

Sunmi will reportedly take over as the new host of 'Showterview', previously hosted by Jessi
2 days ago   58   50,740

Additional veteran musical actors speak up about the issues in the Korean musical industry
3 days ago   62   53,140