MONSTA X's I.M grabs attention for his polite manners toward both fans and security guards 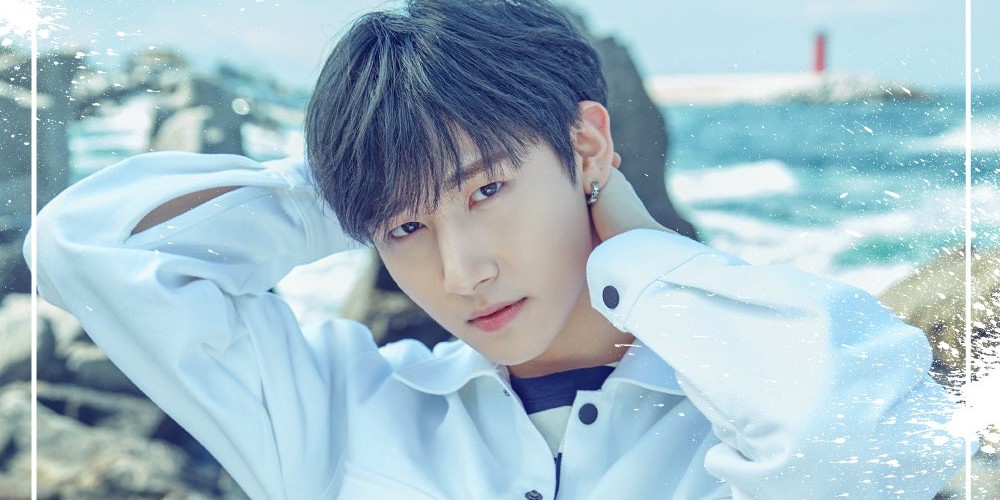 MONSTA X's I.M has grabbed attention for his amazing manners.

MONSTA X is currently overseas, and their security guards were holding up umbrellas for the members because it was raining. However, I.M noticed that the person holding his umbrella was getting wet. He took the umbrella from her and pulled her inside so she would also be shielded from the rain.

Later that day, MONSTA X had a photo session with some fans. When the fans were asked to kneel in front of them so the members could be seen, I.M was shocked and reacted immediately, telling fans in front of him that they didn't have to kneel. The other members quickly joined in, and I.M was seen protesting the most actively and asking for something that they could sit on instead. As a result, the fans instead got chairs brought in for them to sit.

Omg I didn't see this happen... the fans were kneeling down for the photo and the boys kept telling the staff it's not right to let the fans kneel so they asked the staff to bring back the chairs ????? our boys are such sweethearts I love them so much pic.twitter.com/QrWiFpqi83

Both actions have fans totally touched, and have been spread throughout the fandom.

SHINee's Taemin to join the army's music corps during his mandatory service
5 hours ago   10   4,249

April's Chaewon & Yena say that Hyunjoo is unfairly accusing them as 'assailants' and acting as a 'victim', the truth will be revealed
3 days ago   220   54,930